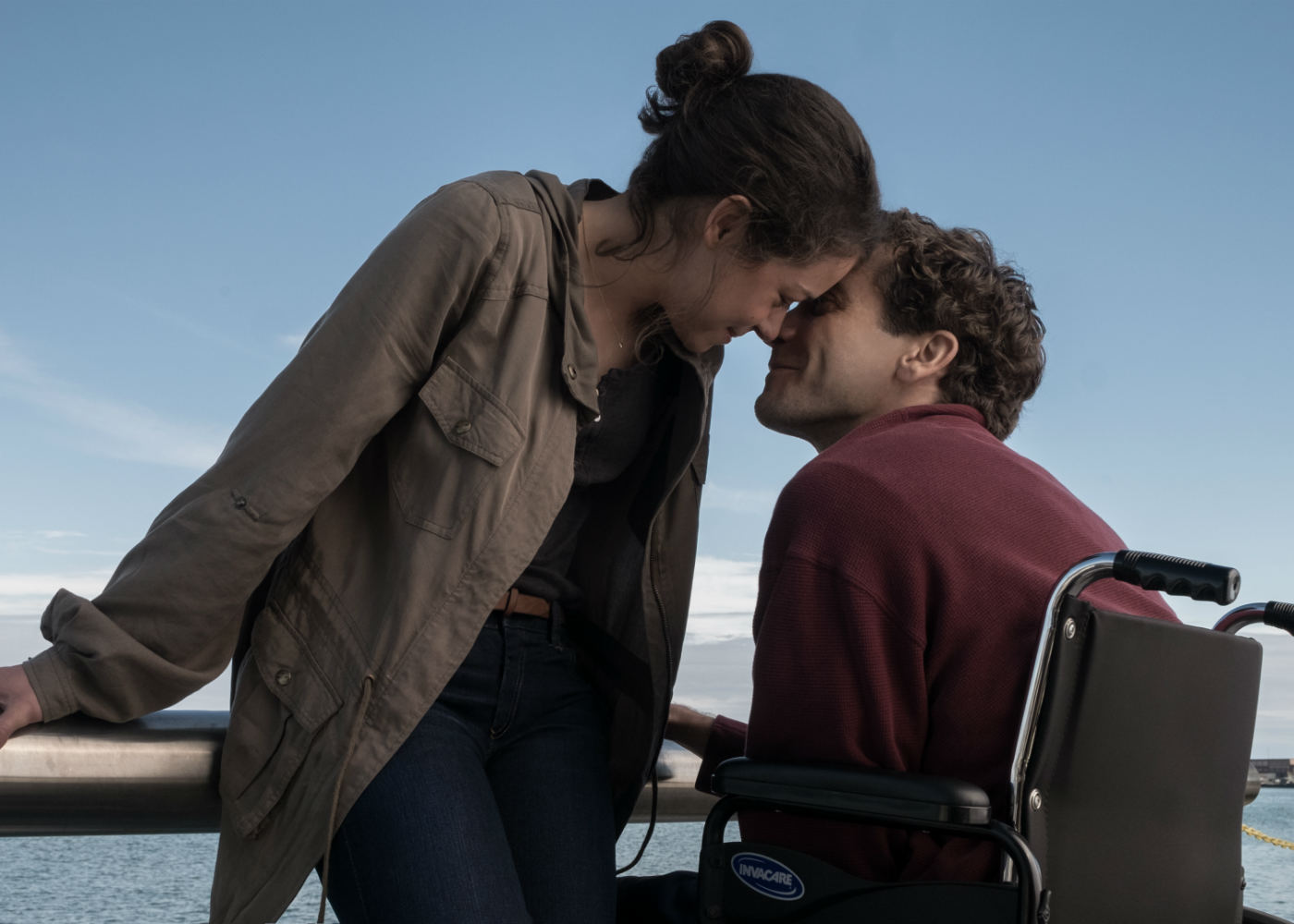 David Gordon Green, director of such an eclectic range of films, from Pineapple Express to Prince Avalanche, makes his most accomplished dramatic effort yet with Boston bombing survivor drama, Stronger. Our second film this year to tackle the events of April 15th 2013, after Peter Berg’s rolling news action drama, Patriot’s Day, Stronger opts for a more intimate approach, by focusing on Jeff Bauman (Jake Gyllenhaal), a 28-year old Costco employee who was waiting for his on-off girlfriend to cross the finish line on that fateful day.

Holding up a homemade sign, having made another drunken promise to his long-suffering ex, Erin (Tatiana Maslany – Orphan Black), to be there when she completed the marathon, Jeff found himself stood next to one of the bombers, so that when that pressure cooker exploded, it shredded both of his legs beneath the knees. You might remember the horrific photo of him being led away from the scene, an image that became a symbol of hope for Boston and the greater world. Stronger is not only about the struggle of the life changing injuries inflicted upon Jeff, but the pressure placed upon him by his family, the media, and the ‘Boston Strong’ movement, in the aftermath of the attack, to be that symbol.

It’s hard not to be moved by Stronger, the basic facts alone are tragic enough to earn your immediate empathy, but with Jake Gyllenhaal brilliantly portraying a man who isn’t your average all-American hero, it gives the film a dark edge that lifts it above the by-numbers biopic it could have been. Showy roles are ten-a-penny come awards season, with soaring music accompanying acting grandstanding, but Gyllenhaal’s performance isn’t like that. Jeff isn’t exactly that most likeable character, in fact, he comes across as a something of a man-child, even before the injury, so his transformation isn’t just a physical one, but an emotional one too. Gyllenhaal uses his unique skillset of tapping into a characters bleaker psyche, shading Jeff’s personality so that his turmoil feels much more than just difficulty adjusting to his disability.

Of course this wouldn’t work without Tatiana Maslany, who takes the emotional trickle-down guilt from Jeff, and his dysfunctional family, particularly Miranda Richardson as his alcoholic, pantomime villain mother, and completely steals the movie. Because of the burden placed upon her by events, and the way in which Jeff’s stunted maturity exacerbates the depth of his struggle, the Orphan Black actor is there to do the emotional weightlifting, and she’s as fist-pumpingly great at being the quiet hero as Gyllenhaal is when taking his agonising first steps. If we’re going to talk awards in the new year, then Maslany deserves to be in the discussion as much as her lauded co-star.

Well aware of the dangers of walking a fine line between mundane biopic and saccharine movie-of-the-week fluff, Green doesn’t just opt for a point-and-shoot method of filmmaking. The simple use of focus is terrific, both in depicting the way in which Jeff’s outlook becomes skewed during his PTSD, and small moments, like how the audience have to sit through the painstaking removal of his dressings, which is more agonising than any graphic close-up could be.

Stronger is not all doom and gloom though, with Jeff’s unique character allowing for some self-deprecating humour, in particular a nice little Forest Gump joke, and despite his extended family sometimes feeling a tad caricature, there are laughs to be had from their less-than-subtle outbursts.

Sometimes threatening to stray into cliché or mediocrity, Stronger lives and dies by the wide-eyed performance of Jake Gyllenhaal, once again proving that he’s one of the best actors working today, but the film becomes a nailed-on recommendation due to the impressive foundation that is Tatiana Maslany. Raw, painful, and authentic stuff.