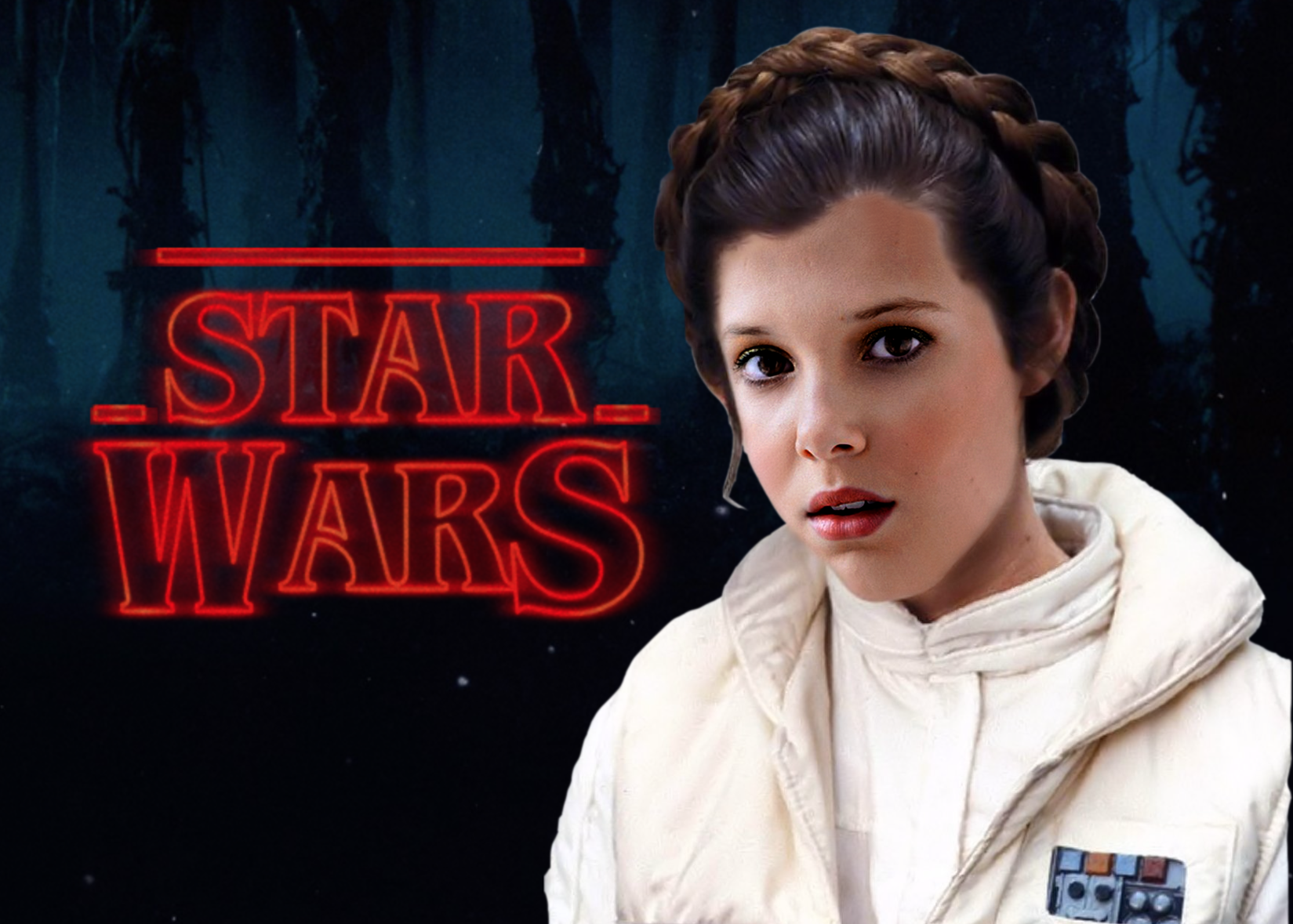 Stranger Things’ Millie Bobby Brown stole the conversation this summer in her breakout role as Eleven. Production on the Netflix hit’s second season has already begun, so fans of the sci-fi series have plenty more El to look forward to. Brown’s award-worthy performance has put her in an interesting position at her age. There’s no doubt a number of roles Hollywood higher-ups are looking for her to take. However, the young star already has in mind what she would like to tackle next. Not so surprisingly, it’s also a franchise in which she’ll have to adjust to dealing with a world that’s far far away.

During Rhode Island Comic Con (relayed by Comicbook.com), Millie Bobby Brown spoke on her desire to join Star Wars. The onscreen mind-bender doesn’t want to be a Jedi, though. She would much prefer to take on the role of Princess Leia Organa of Alderaan. With Disney going all in with their plans for the franchise, hope are definitely high for her.

Disney’s young Han Solo standalone film has already cast its lead with Alden Ehrenreich. A young Lando Calrissian will see the character return to the big screen with Donald Glover filling out the role. Surely a Star Wars prequel featuring Princess Leia can’t be too far from the realm of possibility. The breakout star responsible for bringing a fish-out-of-water telekinetic to life could certainly fit the bill.

Stranger Things will begin streaming its second season on Netflix sometime in 2017. Very little is known about the direction it will go in. However, the show’s core group will still remain the focus of the plot. What that means for Eleven is largely unknown; although, Brown’s character is confirmed to return. Is she hiding out in the Upside Down? Has she already made her way to Alderaan via multi-dimensional travel?! Tell us your thoughts and theories in the comments below.