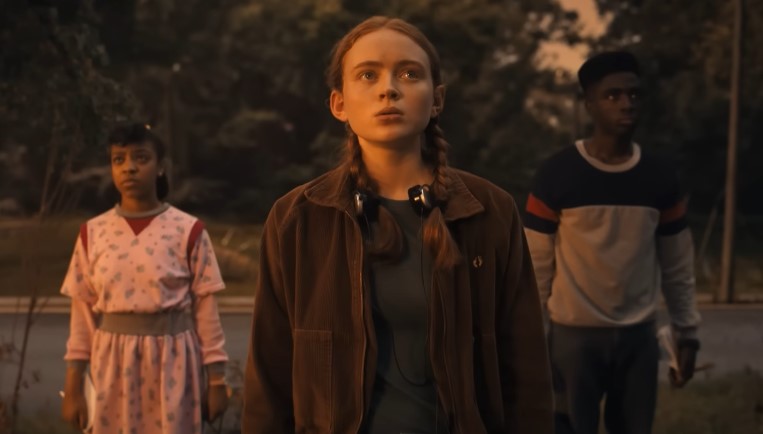 Netflix is doing something different with Stranger Things this season, what with the longer episode times and mid-season break, but the show is ready to come back next week, and everyone wants to know what will be up with all the characters spread throughout the state (or rather, the globe).

Just in, we have a new trailer for Stranger Things 4 Vol. 2, and it picks up on all the narrative threads from Volume 1:

While it did end in a cliffhanger, the trailer does confirm that Nancy manages to break out of Vecna’s trance, but we don’t know what kind of lasting effects that could be sticking with her after that Joyce, Murray, and Hopper are still in Russia, and they may have found a piece of the Mind Flayer that the commies have found to experiment on.

With us having watched all the characters come together in previous seasons, it looks like the Duffer Brothers wanted to up the challenge by having everyone go apart with their own separate missions. Even though a reunion is inevitable, I think that each group of friends is still fun to watch, and it’s going to be all the more meaningful when we finally see everyone come together.

Besides, the new characters that we’ve met have all been pretty fun to watch. Besides the return of Lucas’ sassy sister Erica, a lot of fans have also found themselves enamoured with Hawkins ‘freak’ Eddie. Not to mention the Duffers have created a great new character with Vecna.