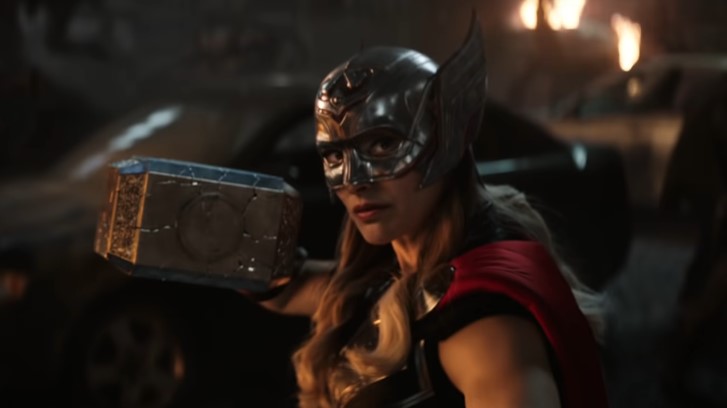 With the MCU introducing us to a new roster of heroes, everyone is guessing what kind of team-ups we could have down the line. Thor and Hulk teamed up for Ragnarok, and new Thor Natalie Portman has an idea who she wants to share the screen with.

Talking to Variety, Portman was asked which team-up she would look forward to in her MCU future, and she says, “I love Captain Marvel. Brie [Larson] is a dear friend so that would be a fun one.”

Natalie Portman on which #MCU character she'd like to work with next: "I love Captain Marvel. Brie is a dear friend so that would be a fun one." #ThorLoveAndThunder https://t.co/E4LKXPoPEZ pic.twitter.com/wQkKLSbBbd

Admittedly it’s unclear what kind of future Jane Foster has in the MCU. Though it’s said that she’s taking on the Thor mantle, it still feels like Chris Hemsworth is going to be hanging around for a while. If you asked me, I would like it if Jane became the lead of the franchise, with the OG Thor having a recurring role as her support—kind of like Odin in the early Thor films.

Despite all the previews, Marvel has been pretty secretive when it comes to Jane’s arc. So far, it’s just been revealed that she recently gained her powers and is coping with the responsibility, but if the comics are to be followed, we know that there’s a very serious reason why she becomes the Mighty Thor. I won’t spoil anything here, but I’m sure hoping Marvel chooses to stay true to that part of the character’s origin.

Catch Portman in Thor: Love and Thunder when it hits theaters on July 8.