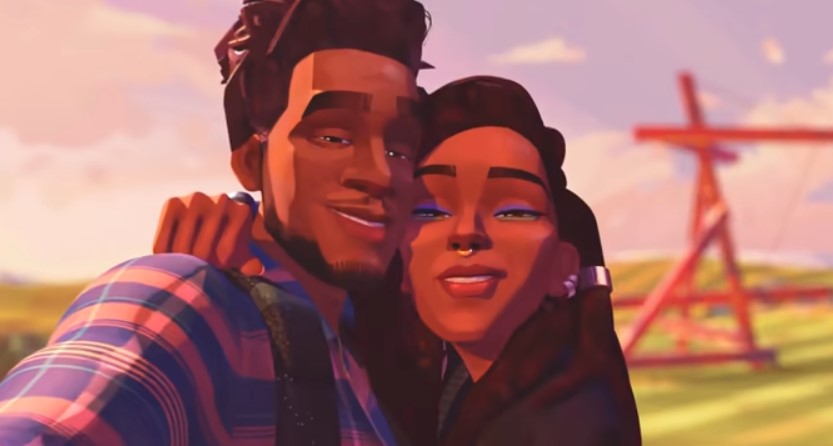 We may have to wait next year until we can jump back into the colorful world of Into the Spider-Verse, but we are getting some non-Spider-Man material that’s animated in the same style this Fall.

Netflix has just dropped a new trailer for Entergalactic and it features the voices of Scott Mescudi (or Kid Cudi), Jessica Williams, Timothee Chalamet, Vanessa Hudgens, and Macaulay Culkin. Watch this:

From the minds of Kid Cudi and Kenya Barris comes a story of two young artists navigating the twists and turns of finding love in New York City.

Admittedly the story sounds pretty plain, but the look and feel of the movie is what makes it so unique. Though it doesn’t have any Spider-Men swinging around fighting crime bosses, the aesthetics are just so hypnotic, you’ll want to see more of this animation style with the atmospheric music to accompany it.

Hopefully we get to see more of the movie soon, with such a star-studded cast, I’m sure this film has unique characters everywhere just waiting to be revealed. With a fall release expected, I’m guessing we could get a trailer sometime around late July or August. With the horror genre expected to dominate around the fall, I think we could be looking at a September release—but that’s just my guess.

With Across the Spider-Verse set to come out in 2023, I’m sure there are a lot of fans out there who will be eager to jump into something in the same brand of aesthetics like Entergalactic.

No solid release date has been announced for Entergalactic, but it is set to hit Netflix sometime this fall.