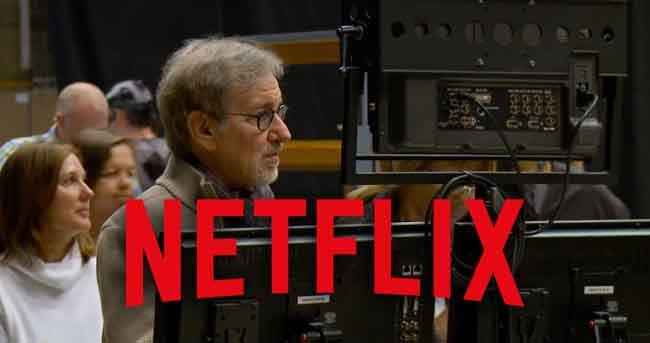 While there are industry titans like Christopher Nolan championing the theatrical experience, it looks like one Hollywood legend is going to be jumping the fence with Steven Spielberg.

Spielberg said in a statement:

“At Amblin, storytelling will forever be at the center of everything we do, and from the minute Ted (Sarandos, Netflix’s co-CEO and chief content officer) and I started discussing a partnership, it was abundantly clear that we had an amazing opportunity to tell new stories together and reach audiences in new ways… This new avenue for our films, alongside the stories we continue to tell with our longtime family at Universal and our other partners, will be incredibly fulfilling for me personally since we get to embark on it together with Ted, and I can’t wait to get started with him, Scott, and the entire Netflix team.”

On Netflix’s end, Sarandos said, “Steven is a creative visionary and leader and, like so many others around the world, my growing up was shaped by his memorable characters and stories that have been enduring, inspiring and awakening. We cannot wait to get to work with the Amblin team and we are honored and thrilled to be part of this chapter of Steven’s cinematic history.”

We don’t have any details yet on what projects Amblin will make for the Netflix platform, but with shows like Stranger Things drawing heavily from Spielberg’s filmography, you would think that Amblin would be making more family-friendly adventure dramas.

Though Spielberg was one of the more harsh critics of streaming back then, this change is certainly an indication of a change of heart.