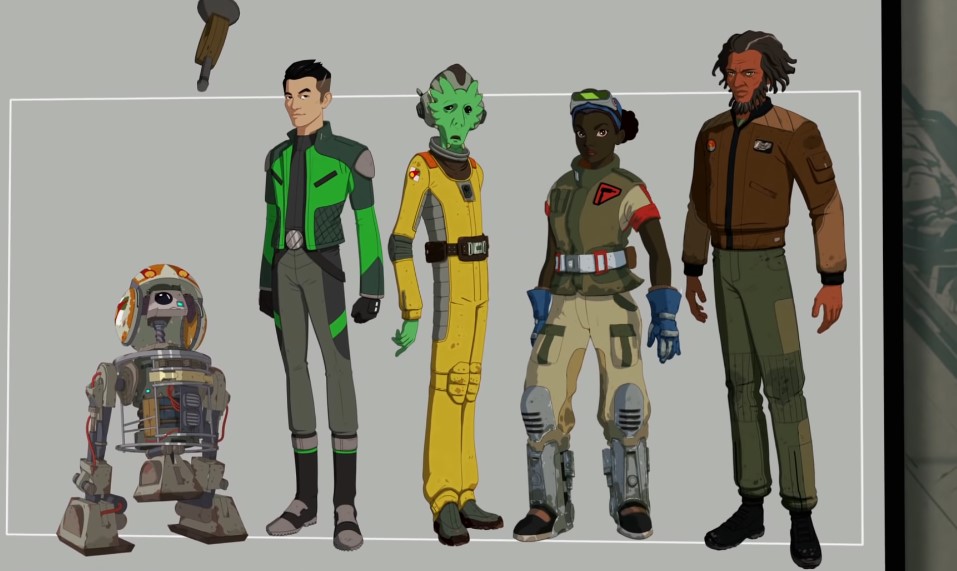 October marks the arrival of Disney’s new Star Wars series, Star Wars Resistance, and a new featurette has been released highlighting the main character as well as his gang of characters known as Team Fireball.

We already know that the lead is Kazuda ‘Kaz’ Xiono and he’s been recruited by the Resistance to spy on the growing threat of the First Order. What we didn’t know were the names of the other characters and their relevance to the show.

For one, the name of the older character in the trailers is Yeager, and he’s a Rebel pilot turned mechanic on the Colossus. He looks to be Kaz’s moral compass in the show, much like Kanan is to Ezra in Star Wars Rebels. New character Tam also looks to be a mechanic, and I won’t be surprised if she’s a good pilot as well.

The alien character with a green face is named Neeku, and he’s actually half of the Nikto species that we see in the movies. He’s said to be the brains of the group, but like with every TV series, the brains has to be balanced out with awkward social skills.

Some characters have still not been explored, like the droid character with the helmet or the girl in the blue and orange jumpsuit. With Lucasfilm slowly building up the hype for the show, I’m expecting more featurettes to be released soon; but I’m also happy if we get a few surprises on premiere day.