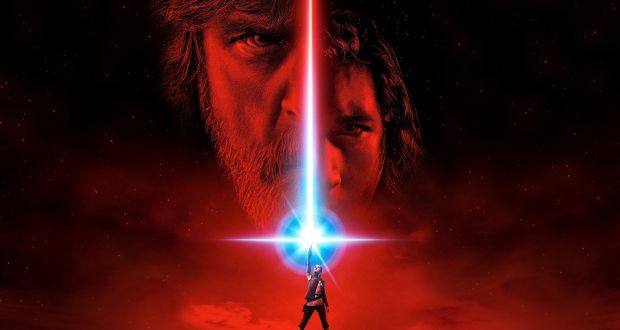 There’s a new disturbance in the force, and his name is Rian Johnson. Johnson, who took the reigns from J.J. Abrams for The Last Jedi, does the best he can to shatter your emotions, make you question your favorite characters and make you cry, BUT he’ll also make you laugh. When Luke Skywalker says “This is not going to go the way you think,” he’s right. You won’t expect what happens and will come out the other side pleasantly surprised. The Last Jedi is a roller-coaster of emotions that doesn’t slow down during its 152-minute runtime – which also makes this the longest film in the franchise, previously held by Episode II, which clocked in at 142 minutes. I assure you, that 2 hours and 32 minutes absolutely FLY faster than the Millennium Falcon on its best day, thanks to Johnson’s deft pacing.

Rian Johnson is much like J.J. Abrams: neither was George Lucas nor did they have to be. Based on multiple interviews, we already knew Disney had no plans to follow the George Lucas formula for the sequels; all Abrams and Johnson had to do was bring in an original story that would keep fans of all ages glued to our seats.

And that’s exactly what happened.

The Last Jedi goes beyond the black and white of the conflict and reveals why this war seemingly has no end. There are new characters and a tweaked storyline but only a few familiar tropes from previous films. Johnson manages to fill plot holes, pave the way for Abrams and Episode IX,  and keep us on our toes as many of our old favorites get brought back to the big screen. And when I say “Old,” I mean “You will never guess who comes back!” But their appearance doesn’t overshadow our main (and new) heroes, but rather complements a story 40 years in the making moving it beyond Episodes 4,5, and 6.

Now that we talked about the overall experience let’s talk “The good, the bad, and the ironic.”

This probably won’t surprise anyone; emo Kylo Ren is back. That said, there are moments when the character almost seems like a flaw in the movie and a bit whiny. While I admit he has moments of retribution, there are scenes I look back on and just laugh. I know he’s a somewhat complicated character, but he sort of feels like that guy that never grew up and never learned how to play nice with others. But as we all know, if it weren’t for that attitude we most likely would lose some important plot twists that lead up to Episode IX.

Since The Force Awakens, fans were left to ponder whether or not Phasma (Gwendoline Christie) would appear in TLJ or be a one-shot. Her retribution seems short-lived, despite the stellar runtime (that goes by in an INSTANT) and plenty of action. I’d still loved to have known Phasma’s backstory, seeing as she has been built to be a fierce looking character, her actual screen time was disappointing. Even Snoke’s (Andy Serkis) screen time seem short-lived, but in his case, it was enough to get the gist that he is a nogoodnik.

I know Star Wars has a lot of shippers out there, but I always feel like ships in these movies don’t help the main plot. Sure there was maybe one scene in this film that you can attribute to romantic feelings, but I have to wonder was it necessary? If you happen to see it on the 15th, please come back and tell me what you think? I think it hinders the character development of everything.

You can’t go into a Star Wars movie without gushing over the beautiful scenery. Not only did they film on Skellig Michael (Ahch-To) in Ireland they also got to shoot Bonneville Salt Flats which are used as the abandoned Rebel Base on Crait and was featured in the trailer. 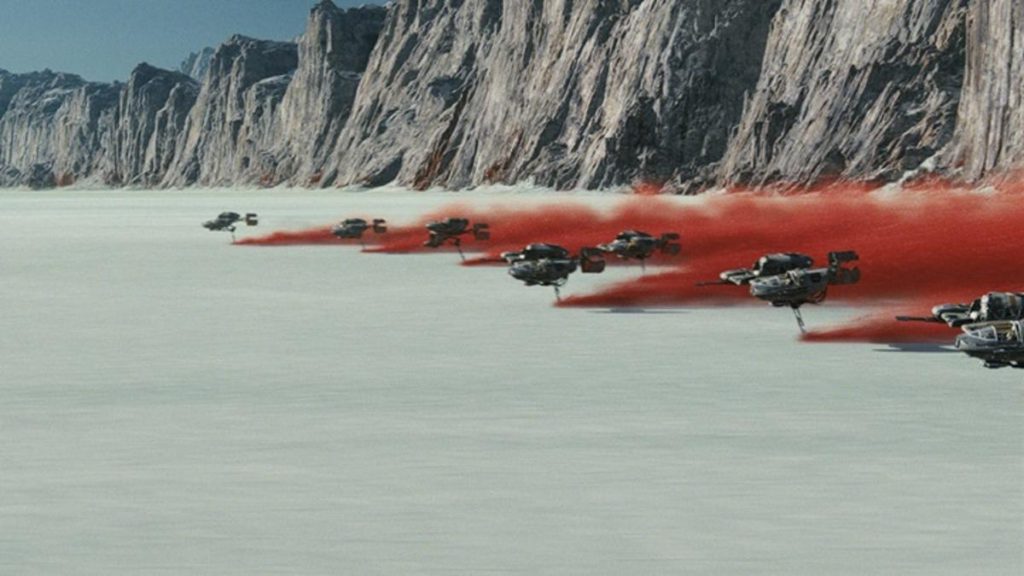 Two scenes absolutely stand out. One involving Leia Organa and another with Luke Skywalker. There scenes answer years of questions and show us the real power of the Skywalker bloodline.

Benicio Del Toro is amazing as The Collector. KIDDING! But you’ll understand what I mean when you see him, and I’m sure he’ll be showing up in Episode IX, and that’s all I’m gonna say about THAT!

Rose (Kelly Marie Tran) is another new character that no one knew a lot about, but I have no doubt she’s going to be a fan favorite.

The Porgs! What can we say? The merch is out there, and when you finally see them in context (and especially with Chewie), I think you’ll have a new favorite next to BB-8 who’s just a complete savage in this movie. Don’t mess with BB-8.

Finally, there’s also a violent scene involving an iron, but we’ll leave that for you to see — trust us you’ll notice it.

Despite minor flaws, I have to give this a 10/10. For me, TLJ is a triumph. It’s different, exciting, surprising, and PORGS. Overall, It’s no wonder Rian Johnson got a three-picture deal, as TLJ has everything a Star Wars fan wants in a Star Wars film: stunning landscapes, another beautiful score courtesy of John Williams (his EIGHTH for the SW franchise, by the way), combined with a reasonably well-balanced script (outside of a couple of small blips here and there) will make you laugh, cry, sob, cheer, and remain hopeful for the future of the SW universe.

Star Wars The Last Jedi hits theatres this Thursday. Get your tickets now because you’ll definitely want to see this more than once. We know we will.

Star Wars The Last Jedi scores a 10/10 from us. It takes us on an emotional journey that will make you question everything from beginning to end and sets up the third movie spectacularly well you won’t leave the theatre feeling like you missed out on something with this one.