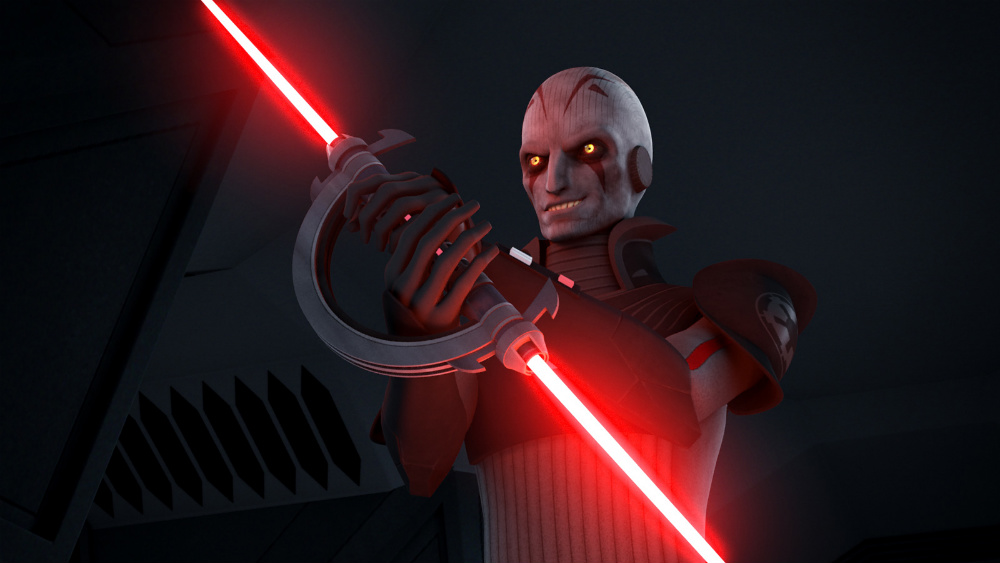 With Ahsoka Tano making the jump from animation to live-action with The Mandalorian, fans are wondering which other characters from the animated series could come to the live-action Disney+ spinoffs. One character is Oscar Isaacs’ Sith Inquisitor from Star Wars Rebels, and here’s what he had to say about a possible return.

When asked about coming back by Collider, Isaacs said:

“I’m open to anything. It’s always about the script. I don’t want to just turn up so that I can take some photographs and go to conventions. I’d like to play parts. The Inquisitor was a great part when I played it and if the Inquisitor was a great part again, I’d be up for it. I’m not sure I’ve got the patience of Doug Jones who plays Saru in Discovery, who was the creature in The Shape of Water and stuff. I don’t now how many hours I’d like to spend in prosthetics. But yeah, Katee [Sackhoff] had a very good time. I know Katee and I’ll say, I’ve loved being part of the Star Wars world. They’ve invited me in although I’ve only ever been an animated character before.”

While I think it would be cool for Isaacs to play the character, I think he would work best in Star Wars as someone completely new. The Empire or First Order is never short of older evil Englishmen, and I think Isaacs would be better suited for a role that we haven’t seen played out onscreen before. Heck, he can even be a live-action Grand Admiral Thrawn.

We don’t know when Isaacs could come back to Star Wars, but you can catch the complete second season of The Mandalorian now on Disney+.