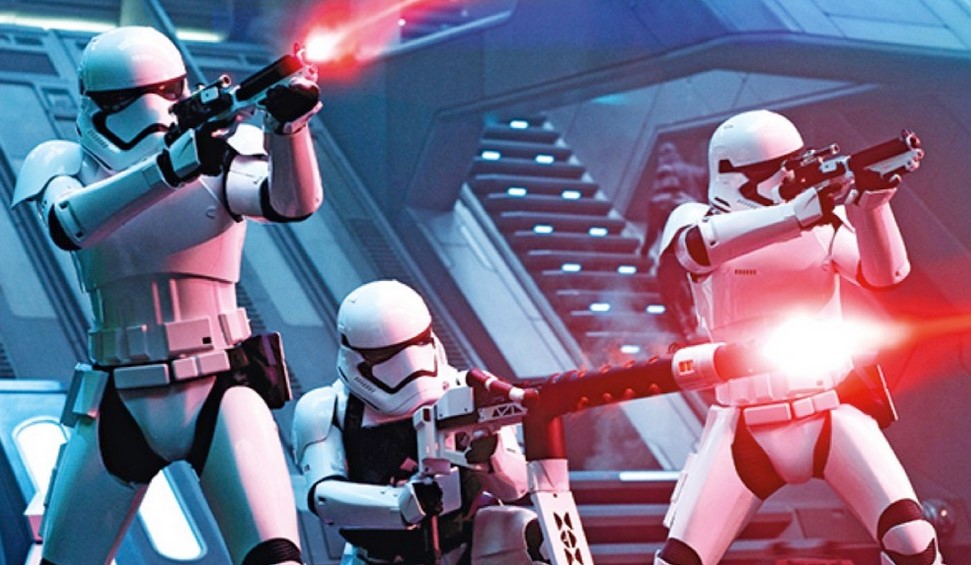 Star Wars Episode IX is one of the most anticipated films of 2019, and Lucasfilm has been especially tight when it comes to reveals. There has been a rumor going around that the film will introduced a ‘Red Legion’ of specialized stormtroopers, and a production shirt may have teased us on what they will look like—well, their faces at least.

See this is the crew Star Wars: Episode IX crew hat. Just to be clear about the design. pic.twitter.com/sk0o5grjuh

A new type of trooper is always a given in any upcoming Star Wars film, and I’m excited to see what Episode IX has in store. This new pattern seems to make use of the same elements from the original FO trooper, but the straight line down the middle is something that was reminiscent in the classic clone trooper helmet design.

You think the Red Legion are a new army of clones? I think that would be a great callback. Kylo Ren did threaten Hux about making use of them in The Force Awakens.

Either way, all we can really do is wait until Lucasfilm makes their big reveal. At this point, fans have given up on expecting a reveal in March and are sure that the trailer and title will be dropped Avengers: Endgame-style during Star Wars Celebration in April. It’s going to be a long wait, but hopefully it’s going to be all worth it come Celebration.