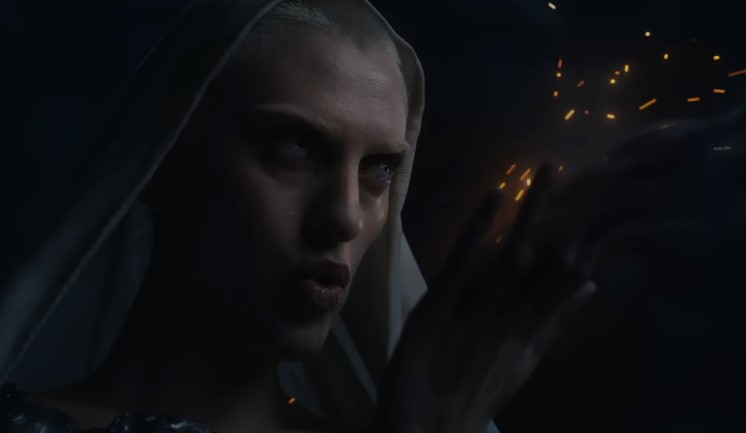 We had just gotten a new trailer for Amazon’s Lord of the Rings series, but San Diego Comic-Con 2022 brings us a whole new trailer filled with the visual goods that we can expect from a franchise like LOTR.

Check the new trailer for Rings of Power down here:

Not only do we get a look at all the massive battles and action setpieces, but we also get the reveal of Anson Boon as Sauron. While we do get his ‘Eminem’ look that a lot of fans are fighting over, there are also teases of his other darker form; after all Sauron was known to be a shapeshifter, and he did change his appearance in order to trick the elves into helping him make the rings.

If you ask me, they really leaned in on the skinny pale boy villain—just like Stranger Things did with Vecna.

So far, the series looks fantastic, and though it’s possible the show may not have the same continuity as the Peter Jackson films, it feels like The Rings of Power does get the tone right. I can’t wait till the premiere.

Prime Video’s The Lord of the Rings: The Rings of Power brings to screens for the very first time the heroic legends of the fabled Second Age of Middle-earth’s history. This epic drama is set thousands of years before the events of J.R.R. Tolkien’s The Hobbit and The Lord of the Rings, and will take viewers back to an era in which great powers were forged, kingdoms rose to glory and fell to ruin, unlikely heroes were tested, hope hung by the finest of threads, and the greatest villain that ever flowed from Tolkien’s pen threatened to cover all the world in darkness. Beginning in a time of relative peace, the series follows an ensemble cast of characters, both familiar and new, as they confront the long-feared re-emergence of evil to Middle-earth. From the darkest depths of the Misty Mountains, to the majestic forests of the elf-capital of Lindon, to the breathtaking island kingdom of Númenor, to the furthest reaches of the map, these kingdoms and characters will carve out legacies that live on long after they are gone.

The Lord of the Rings: The Rings of Power premieres on Amazon Prime Video on Sept. 2.