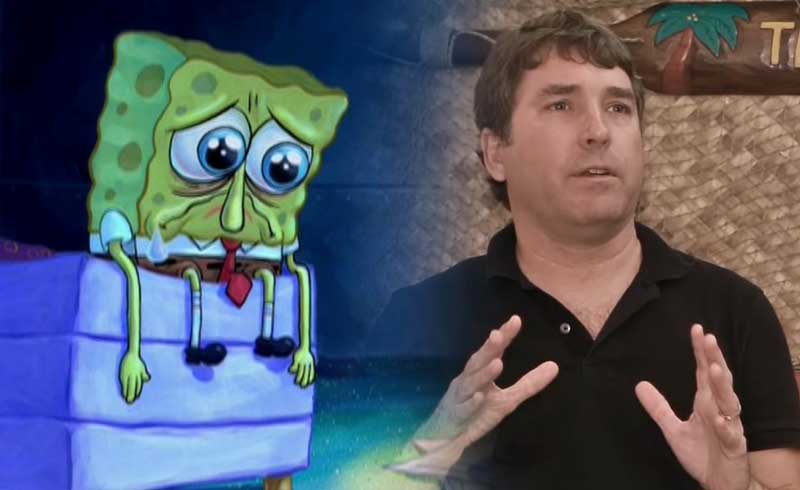 It seems that the internet was just starting to get over the news of Stan Lee’s passing when Nickelodeon suddenly drops us with this bomb: Stephen Hillenburg, the creator of Spongebob Squarepants, has died at the age of 57.

In a statement to Variety, Nickelodeon confirms that Hillenburg has passed due to a battle with ALS (amyotrophic lateral sclerosis). Nick writes:

“We are incredibly saddened by the news that Steve Hillenburg has passed away following a battle with ALS… He was a beloved friend and long-time creative partner to everyone at Nickelodeon, and our hearts go out to his entire family. Steve imbued ‘SpongeBob SquarePants’ with a unique sense of humor and innocence that has brought joy to generations of kids and families everywhere. His utterly original characters and the world of Bikini Bottom will long stand as a reminder of the value of optimism, friendship and the limitless power of imagination.”

Originally a teacher of marine biology, Hillenberg had started working on animation in the late 80s, eventually getting work on Nickelodeon series Rocko’s Modern Life. Hillenberg then created Spongebob which debuted in 1999, and almost two decades later, it’s one of the longest running shows on Nickelodeon.

Very few artists are able to make such a long-lasting impression on pop-culture, and Hillenberg has definitely caught the attention of multiple generations with his work on Spongebob. Though it is a kids’ show, it has still managed to hold such a strong place in pop culture that basically every adult who grew up with a TV can quote whole jokes from Spongebob straight from the heart.

Not to mention it’s now become a treasure trove of endless internet memes.