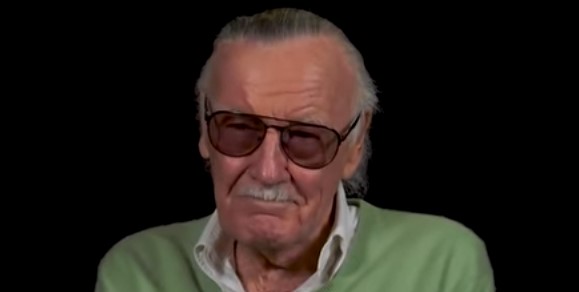 There are very few people who have shaped the entertainment industry as much as Stan Lee has. Marvel, the publishing company Lee has founded, has grown tremendously from a small publishing company to a media conglomerate. With that said, November 12, 2018 marks a sad day for film and comic book fans.

Stan Lee was pronounced dead at Cedar-Sinai Hospital in Los Angeles, California. The writer and illustrator died at 95 years old.

In the aftermath of Lee’s death, celebrities, especially those who have been in Marvel movies, have since reacted to the sad news all over social media.

In a recent Instagram post, Robert Downey Jr. thanked Mr. Lee for everything that he has done for his career. Downey was amidst a comeback after going through a bout of addiction. His role as Marvel’s Iron Man skyrocketed his career. Aptly so, he laments about Stan Lee’s death explaining that if not for Lee, he wouldn’t have the career he has now:

“I owe it all to you,,, Rest In Peace Stan… #MCU #Excelsior #legend #rip #stanlee #TeamStark” said Downey.

Likewise on Twitter, Chris Evans, famous for playing Captain America in a slew of Marvel movies, sent out his condolences to Lee’s fans and family. According to Evans, Lee has been instrumental in comforting and entertaining millions of people for decades. He quite surely states that there wouldn’t be another Stan Lee:

“There will never be another Stan Lee. For decades he provided both young and old with adventure, escape, comfort, confidence, inspiration, strength, friendship and joy. He exuded love and kindness and will leave an indelible mark on so, so, so many lives. Excelsior!!”

Bob Iger, president of Disney and CEO of the Walt Disney productions, has also chimed in on Lee’s death. On Instagram, Iger gushed about Lee. According to the executive, Lee is just as interesting and exciting as the characters he created. His imagination is as big as his heart:

“Stan Lee was as extraordinary as the characters he created. A superhero in his own right to Marvel fans around the world, Stan had the power to inspire, to entertain, and to connect. The scale of his imagination was only exceeded by the size of his heart” read Iger’s post.

Lee has been such an inspiration for a lot of people. Even rock stars like Kiss member Gene Simmons have previously gushed about Lee’s work. Yet the creator never understood the scale in which he affected and inspired.

In an interview with the Chicago Tribune in 2014 as reported by The Hollywood Reporter, the writer and illustrator explained that he has only come to know that entertaining can be just as influential as building bridges:

“I used to think what I did was not very important. People are building bridges and engaging in medical research, and here I was doing stories about fictional people who do extraordinary, crazy things and wear costumes. But I suppose I have come to realize that entertainment is not easily dismissed.“

If he only knew. Rest in Peace, Stan Lee.