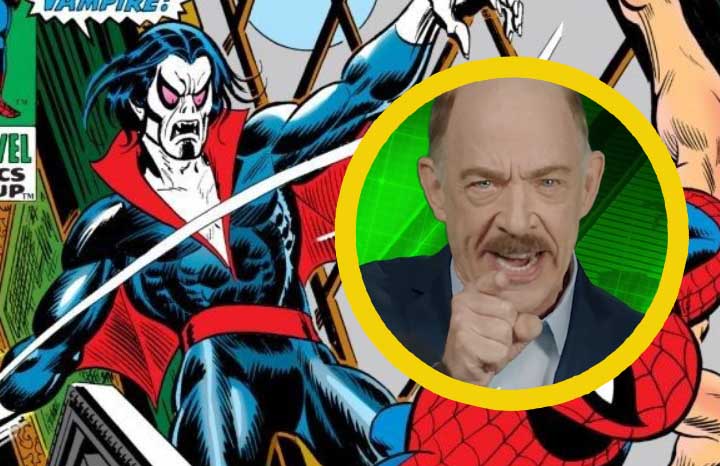 Months ago it was rumored that J.K. Simmons would be appearing in Sony’s Morbius movie as The Daily Bugle’s J. Jonah Jameson, and it looks like we have more details on his alleged role.

As per DR Movie News on Twitter, Jameson will have a supporting role in the movie, and we’ll also have an appearance from Spider-Man himself—sort of:

What’s also interesting is that the same source seems to have found some more details about the deal between Sony and Disney in regards to Spider-Man in the MCU. DRMN says that the main Spider-Man films will address the events of the Spider-Verse movies, but they will not be addressed by the MCU at all.

It’s interesting that this should be the case, since the Spider-Man movies themselves seem to be very closely tied to the MCU. I’m wondering how they will manage to make the juggling act of Spider-Man referencing the larger Spider-Verse without messing with the main MCU continuity.

If you ask me, I’m fine with Sony trying to make their own Spider-franchise, but hopefully there’s a lot more cooperation with Marvel Studios this time around. I mean, Venom was a critical mess, but if they just brushed it up a bit, maybe Disney would have been happy to slap the MCU brand on it.