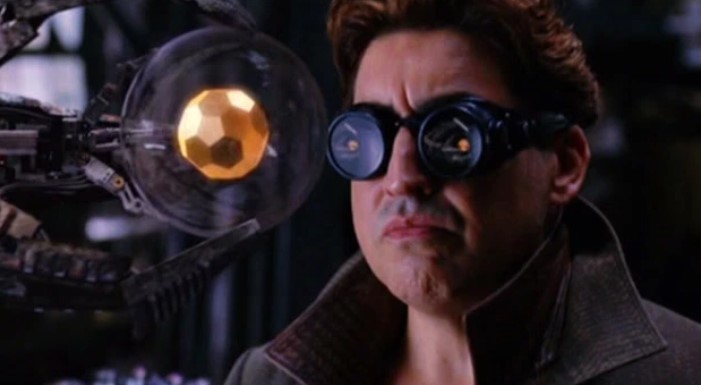 Multiverse rumors continue to spread for the next Spider-Man movie after word came out that Jamie Foxx, Tobey Maguire, and Andrew Garfield were making a return, and though nothing has been officially confirmed, one more name is said to be making a comeback to the Spider-Verse.

According to The GWW, a source has claimed that Alfred Molina a.k.a. Doc Ock from Sam Raimi’s Spider-Man 2, is set to reprise his role as Otto Octavius in the upcoming Spider-Man movie. It’s said that Molina is already on set working on stunt coordination, and he’s already shot some scenes for the film.

We don’t know how solid these rumors are, but based on all we’re hearing about the actors being brought back, a return from Molina is completely plausible. After all, he’s the main villain in what is considered the best entry in the Sam Raimi Spider-Man trilogy.

No clue has been given as to the capacity of Molina’s role, but I have a feeling that Spider-Man is going to be clashing with the Sinister Six this time, comprised of villains in the MCU as well as past Spidey films—otherwise, we would have gotten an announcement on the main villain already.

While it would be cool to see universes clash, I kind of hope that the MCU still comes up with its own Sinister Six comprised of all-new villains and not just repeats of what we’ve gotten before. With Tom Holland’s Spider-Man standing in the shadow of Iron Man for the past 2 films, I really think it’s time for Peter Parker to come to his own. I have a feeling that bringing Maguire and Garfield is kind of just nostalgia-baiting on the studio’s part.