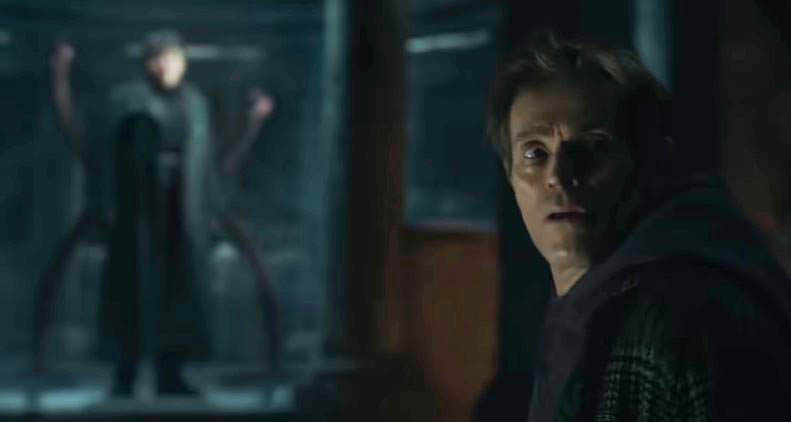 Sony may have kept a tight lid with the plot of Spider-Man: No Way Home, but now more than a month after its release, we have some new clips from the film to promote the home release. Watch Raimi-verse villains Doc Ock (Alfred Molina) and Norman Osborn (Willem Dafoe) reunite in this Walking Corpses snippet.

When Norman Osborn (Willem Dafoe) and Otto Octavius (Alfred Molina) have an unexpected reunion, everyone makes a distressing discovery.

Though the villains never appeared together in the films, the writers found a way to give them a certain dynamic because they come from the same universe. It’s actually pretty cool how the villain in the last movie, Flint Marko a.k.a. Sandman, is the one to make the revelation that both Osborn and Octavius had died fighting Spider-Man.

Somehow it makes me feel really bad that they didn’t bring Topher Grace’s Eddie Brock into this movie.

The hype was certainly met with Spider-Man: No Way Home, and the movie is still making bank at the box office, even catching up to the mega blockbuster Avengers: Endgame. We don’t know when this epic run will eventually end, but we do know that Sony is going to keep milking that Spidey franchise while the going is good.

For the first time in the cinematic history of Spider-Man, our friendly neighborhood hero’s identity is revealed, bringing his Super Hero responsibilities into conflict with his normal life and putting those he cares about most at risk. When he enlists Doctor Strange’s help to restore his secret, the spell tears a hole in their world, releasing the most powerful villains who’ve ever fought a Spider-Man in any universe. Now, Peter will have to overcome his greatest challenge yet, which will not only forever alter his own future but the future of the Multiverse.

Spider-Man: No Way Home is now available in theaters.