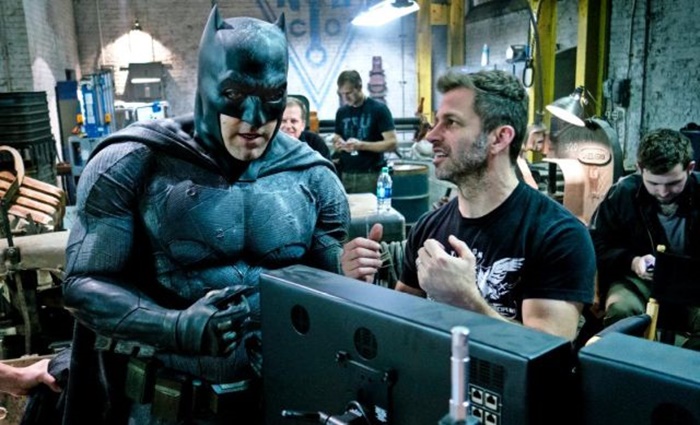 A story by Birth.Death.Movies recently alleged the executives at Warner Bros. and Zack Snyder were at odds in regards to the direction of Justice League and the DCEU. Is there a crisis taking form this early in the cinematic universe’s life-cycle? Fans were forced to ask when the rumor hit, following a report that The Flash’s director had walked away from the project. A second source has spoken out and confirms that they too have heard the troubles between WB and Snyder are indeed real.

Batman-On-Film podcast founder, Bill “Jett” Ramey, divulged on the show’s latest episode that sources have confirmed the legitimacy of the story to him. “Birth.Movies.Death is reporting that there’s a lot of tension between the executives at Warner Bros. and director Zack Snyder, who is currently filming Justice League in the UK. I can confirm that I’ve been hearing that as well.”

With the information being relayed by a more reliable source, the rumor is likely to have more truth to it. What it spells is an added level of concern for the DCEU going forward. As mentioned previously, Snyder’s plans will probably largely stay in tact, so putting someone else at the helm at this stage seems both unlikely and risky.

There’s still no word on just what the executives and Snyder are disagreeing on. Could it be WB is looking to brighten the films up, similar to what Marvel has done (not the best idea), or do they want to take the over-arching narrative in a direction Snyder doesn’t agree with?

WB’s supposed qualms with the director are not unfounded. Both Snyder-directed DCEU films, Man of Steel and Batman v Superman: Dawn of Justice, presumably failed to meet the studio’s target numbers, and both suffered from mixed critical and audience reviews. The bigger picture must be in sight as Justice League: Part One recently began filming and Suicide Squad’s August 5 release date draws near. Whether or not that bigger picture sees Zack Snyder at the helm or on the sidelines remains to be seen.

Justice League: Part One is slated to hit theaters on November 17, 2017.