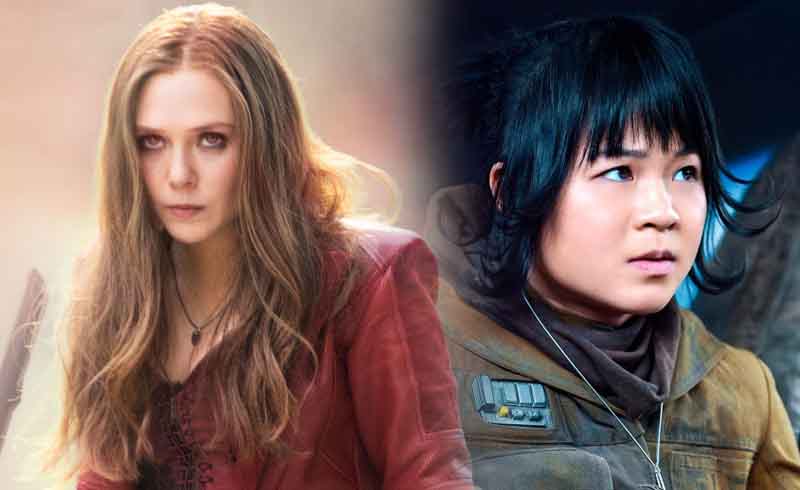 Ever since she got the role of Scarlet Witch in the MCU, Elizabeth Olsen has been getting a lot more attention in Hollywood. Now she’s executive producing this show called Sorry for Your Loss, and she’s starring alongside Star Wars’ lovely Kelly Marie Tran.

Check out the first image from Entertainment Weekly:

Interestingly enough, the two will be playing siblings in the show. Olsen plays Leigh, a young widow who finds that her relationships have took a weird turn after the death of her husband. Tran, on the other hand, is playing Jules; Leigh’s sister who is quite the party girl. She’s described to have:

‘a reputation for being the most fun (and most inebriated) person at any party. ‘

While MCU actresses like Olsen can thank the Marvel fanbase for being very supportive online, Tran gas had to trudge through the shit-show that is the toxic Star Wars fanbase. After several months of online harassment from people who didn’t like her character Rose, Tran was forced to cut off her social media.

I’m just happy to see that none of that has stopped her from acting.

Sorry for Your Loss will be available on Facebook Watch, and will run for ten episodes with a runtime of half an hour each. The show premieres Sept. 18.