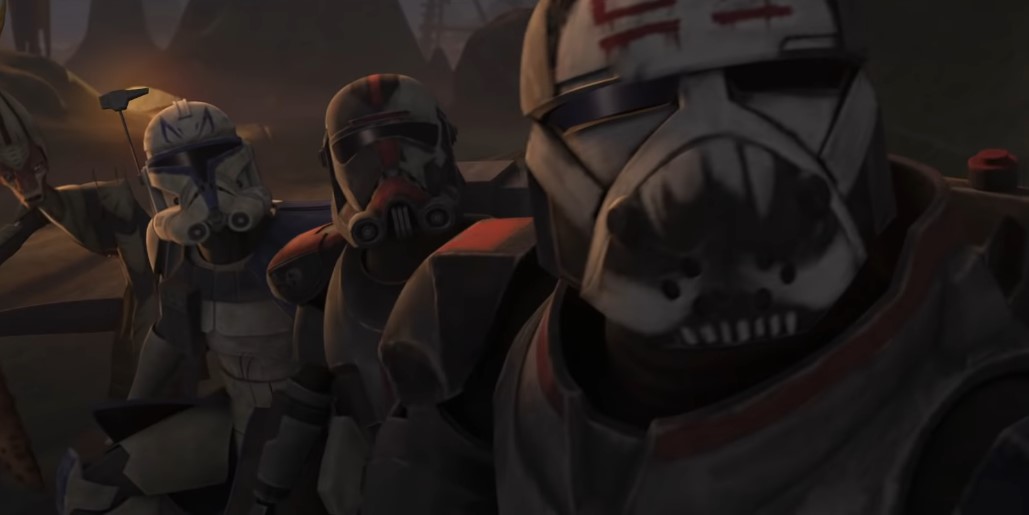 Besides bringing Star Wars to live-action TV, Disney+ is also bringing back the highly-acclaimed Clone Wars for one more season. The show is set to debut on Feb. 21, and we have a new trailer introducing us to Clone Force 99 a.k.a. The Bad Batch.

The fun thing about this squad is that they feature clones that had defects in their manufacturing, and you can see that some of them are deformed, or are larger than the average trooper. I have to say, with the movies not really giving too much attention to the clones, The Clone Wars has given fans a new reason to love these Jango Fett duplicates. It even delves into the clones’ own existential crisis, being born to fight the war that they don’t have any stake in.

With Star Wars Resistance ending, a lot of fans are happy to come back to something familiar. When it comes to animated series, a lot still consider The Clone Wars to have the best in quality. Personally I thought that Lucasfilm had hit an all-time low with Resistance, but hopefully they have a better animation style for the upcoming Rebels sequel. You’d think that they’d embrace 2D animation at this point, because the webseries Star Wars: Galaxy of Adventures looks fantastic. Imagine a Star Wars series with the animation of Avatar: The Legend of Korra.

Catch the debut of Star Wars: The Clone Wars on Disney+ this Feb. 21.