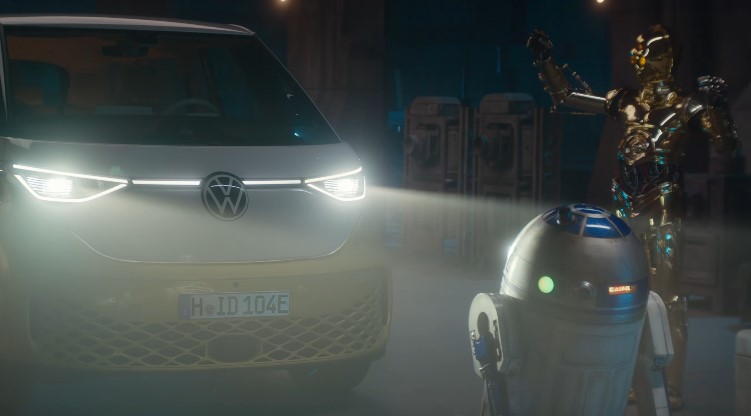 What’s Star Wars without some brand synergy? Obi-Wan Kenobi is set to premiere next week, and Volkswagen has dropped a new ad to promote the series along with their new all-electric ID. Buzz. Not only does it feature everyone’s favorite Jedi, but some beloved droids that are undoubtedly the most iconic duo in Star Wars.

The ID. Buzz and Obi-Wan Kenobi have one thing in common: they’re out of this world. Watch the first episode of Obi-Wan Kenobi on 5/27 on Disney+ and tune in all season long.

Besides R2-D2 and C-3PO, it looks like the trailer is also giving us a look at a new droid that will be making its debut in the upcoming series. While we’ve had droids that looked like garbage cans and balls, this one looks to be based on a lady bug. If anything, it kind of reminds me of Weebo from Flubber.

While Star Wars had tried to make a comeback in cinemas with The Force Awakens, it looks like Lucasfilm has made it clear that they will be going through a new approach with the upcoming slate of Star Wars shows. While I’m always up for more Star Wars, I think the franchise is ultimately about heartfelt stories filled with spectacle—and you just can’t match spectacle when you have it in a theater.

At least, that’s my optinion. Hopefully Kenobi won’t fall into the fanservice trap that The Book of Boba Fett fell into.

Obi-Wan Kenobi premieres on Disney+ on May 27.