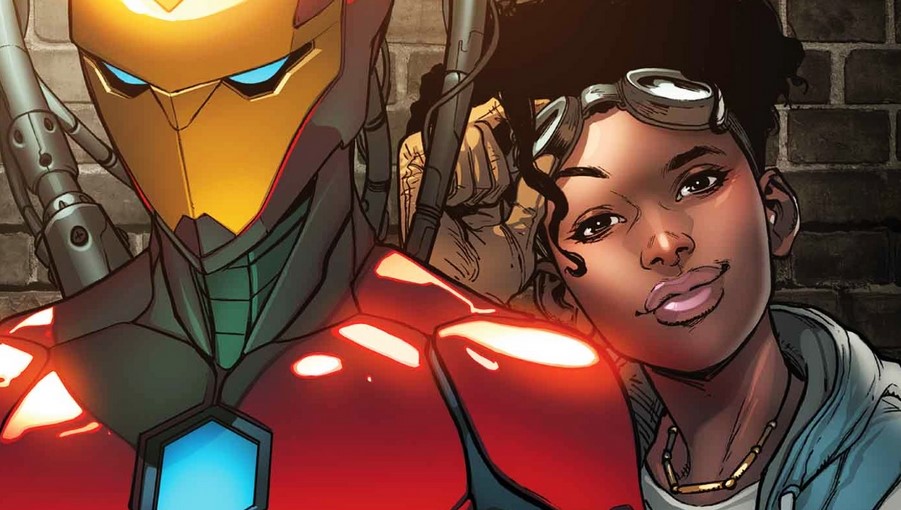 Though it seems that Marvel has passed the Iron Man torch to Spider-Man, Marvel is working on a Disney+ series focused on Tony Stark’s comic successor—Ironheart a.k.a. Riri Williams. The show has already cast Dominique Thorne in the lead role, and now we have news on the show’s writer.

As per Variety, Marvel’s Ironheart has tapped Chinaka Hodge (Snowpiercer, Amazing Stories) as head writer of the series. We don’t have any more details besides that, but we’re sure to get them as development trudges along. Besides her TV credits, Hodge has also published two books, and plays titled Chasing Mehserle and Mirrors in Every Corner. She is also a founding member of the hip hop collective knows as The Getback.

Variety reports that Chinaka Hodge will serve as head writer for the 'Ironheart' series on Disney+.

In the comics, Riri Williams is an MIT student who was able to reverse-engineer the Iron Man armor and make a suit of her own. In the comics, she had actually interacted with Tony Stark who encouraged her to pursue superheroing, but with Stark dead in the MCU, Riri’s origin is primed for a rewrite.

With The Falcon and The Winter Soldier being open about racial issues and inequality, it’s going to be interesting to see Riri claim the Ironheart mantle without undergoing some significant struggle. It would be great if we could actually get to watch Tony’s protégé Spider-Man interact with Riri, but with Holland being such a high-profile actor now, I wouldn’t be surprised if he couldn’t find the time to make an appearance.

No release date has been set for Ironheart, but the next Marvel show, Loki, premieres on Disney+ on June 11.