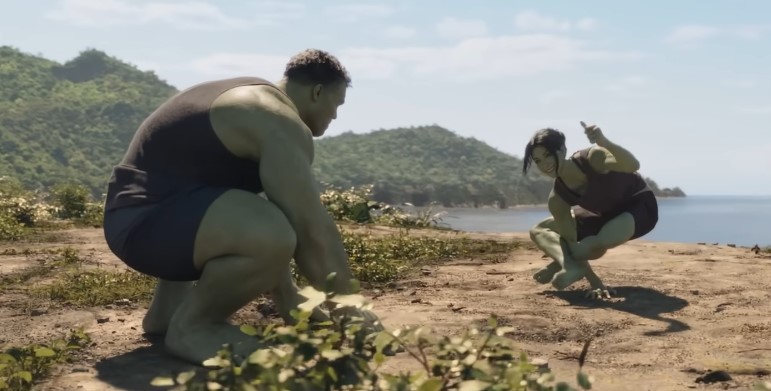 She-Hulk: Attorney at Law premieres later this month, and Disney+ is gearing up for the release of the superhero/lawyer series. Just in, we have a new clip from the series that has Tatiana Maslany’s Jennifer Walters undergoing ‘Hulk Bootcamp’ from her cousin Bruce Banner.

Check out the clip here:

The clip is kind of a montage of Bruce helping Jennifer train, and we see that Jen is actually excelling pretty well—much to the irritation of the Hulk. Though Bruce pretty much has everything under control during Endgame, it’s kind of fun to see that there’s still a petty, playful side to him.

Though there has been a lot of criticism when it came to the quality of VFX for the series, I think both Hulks actually look fantastic. Bruce has been looking great since Endgame, but I think they did a really great job with She-Hulk. Then again, they could look good in clips but it could be a very different story once we look at the series as a whole.

With Ms. Marvel and Moon Knight getting pretty serious at times, I’m excited for something else when it comes to the MCU. While there is still a possibility that the show could fall into a familiar formula, I’m hoping that writer Jessica Gao managed to give this show its own unique voice when it comes to the MCU. Hopefully we get to see Jen cameo in some other properties in the future.