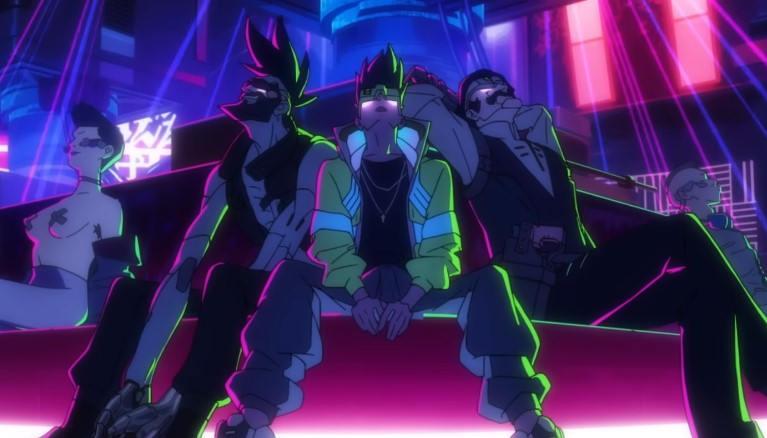 CD Projekt Red had delivered an incredibly vast world with Cyberpunk 2077, and anime studio Trigger has decided to give us a series based on the world of Night City. Just in, we have a new trailer for Cyberpunk: Edgerunners, and it promises a down and dirty futuristic caper.

Watch the trailer for Edgerunners down here:

The series tells a standalone, 10-episode story about a street kid trying to survive in Night City — a technology and body modification-obsessed city of the future. Having everything to lose, he stays alive by becoming an edgerunner — a mercenary outlaw also known as a cyberpunk.

Though the series is set in the world of Night City, a lot of elements are still pretty much signature for the anime studio. For one, the character design is still pretty reminiscent of previous Trigger outings, and the color palette seems to share the same look as Trigger’s BNA: Brand New Animal.

Despite the heavy Trigger aesthetic, the show still has some familiar elements to the game. No doubt we’re going to be visiting some familiar locations, and it’s possible we could get some cameos from characters like Keanu Reeves’ Johnny Silverhand.

The show looks fantastic, and if you aren’t so keen on playing the game (which is said to have gotten better by the way), Edgerunners could be the perfect entry point into the world of Night City.