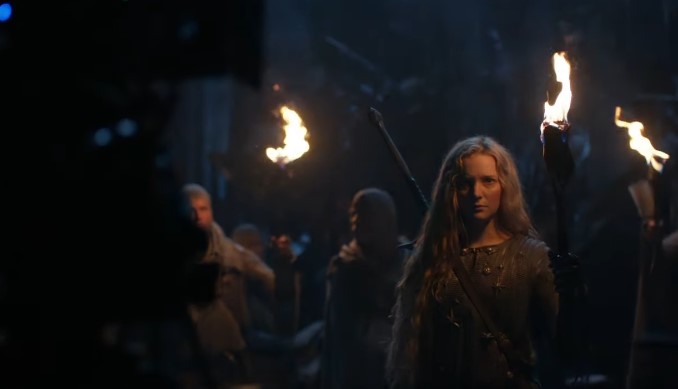 Amazon Prime Video has been very careful when it comes to the reveals for Lord of the Rings: The Rings of Power. We have a look at a lot of nice locales and characters of Middle-earth, but the story is still pretty much a mystery. Thanks to a new featurette though, we have some new light shed on the specifics of the story—particularly when it comes to the quest of Galadriel.

As it turns out, Galadriel will be on the journey to hunt for—who we assume is—Sauron. Morfydd Clark, who plays the would-be elf oracle, describes Sauron as an ‘elusive, undiscovered, very real evil’. So far fans have assumed that Anson Boon from the trailers is playing Sauron in disguise, but word going around right now is the actor who plays dark lord could be played by someone else.

Just like the films before it, The Rings of Power seems to be undertaking a massive scale. Not only are we looking at some very extensive CGI, but the war sequences look to be overflowing with bodies that can even beat the Battle of the Bastards from Game of Thrones.

Showrunners J.D. Payne and Patrick McKay definitely have their work cut out for them, but after the poor finale of The Hobbit movies, I think Middle-earth fans are ready to jump back into the realm of Tolkien, even if it’s not with familiar characters from the books.

Amazon Prime Video is set to premiere The Lord of the Rings: The Rings of Power this coming Sept. 2.