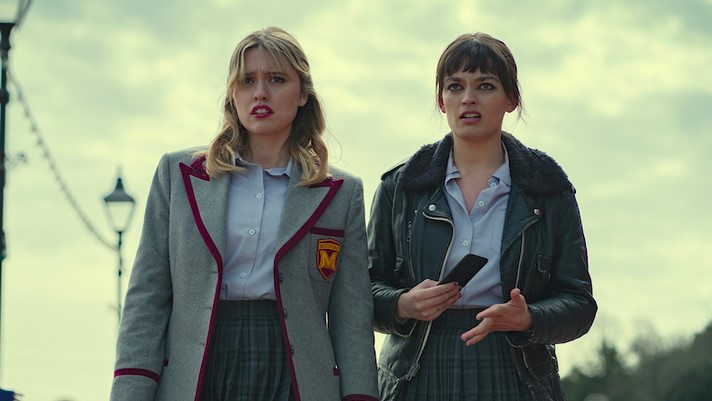 Netflix’s Sex Education was able to get production moving mid-pandemic last September, and now the third season is ready to premiere a year later.

Just in, Netflix has given us our first look at Sex Education 3 and has confirmed the release date of September 17. Here’s the post:

We don’t have an official breakdown of the story yet, but casting news from before has confirmed that Moordale will be getting a new principal—one who is likely more uptight than Mr. Groff. By the looks of it, this new principal Hope (Jemima Kirke) is the one behind these new unforms, and she will likely clash with the students when it comes to their ‘sex education.’

Besides Kirke, the show will also include new cast mates Jason Isaacs and Dua Saleh. Isaacs will be playing the older brother of Mr. Groff who has separated from his wife; and Saleh will be playing a new student Cal who is nonbinary; they are expected to clash with Principal Hope and it’s likely they will have a new dynamic when it comes to the kids of Moordale.

We don’t know for how long Netflix plans to run Sex Education, but the characters are very much endearing, and it’s a great way to introduce kids into sex positivity. Hopefully Laurie Nunn will be allowed to complete her story, unlike GLOW which was cancelled mid-production of the final season.

Catch Sex Education Season 3 when it returns to Netflix on Sept. 17.