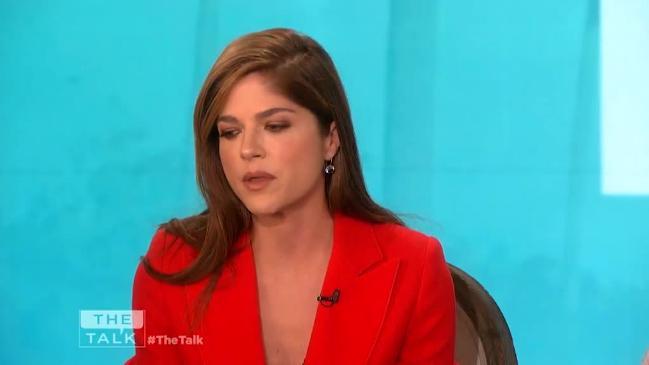 Hollywood is currently going through a radical change in the last few months. For the first time, it is no longer a haven for sexual predators. Women are angry. They are finally voicing out their experiences with the powerful and abusive men of Tinsel Town. From Harvey Weinstein to Woody Allen, nobody is safe. Details upon details about these assaults have surfaced, and recently, it seems like another powerful director is in the spotlight for his past transgressions.

This week actress Selma Blair sat down with the ladies from The Talk. In the interview, she spoke about how director James Toback assaulted her during an encounter to discuss Toback’s, Harvard Man. According to the Cruel Intentions actress, Toback asked her to proceed to his hotel room. There he pleasured himself in front of Blair.

“He walked me back to the bed. He sat me down. He got on his knees. And he continued to press so hard against my leg. He was greasy, and I had to look into those big brown eyes. I tried to look away, but he would hold my face. So I was forced to look into his eyes. And I felt disgust and shame, and like nobody would ever think of me as being clean again after being this close to the devil. His energy was so sinister” explained Blair.

After the assault, Toback made sure that Blair would not discuss their encounter with anyone. Blair explains that Toback threatened her. The director explained that he has the power and the connections to harm girls who went against him:

“There is a girl who went against me. She was going to talk about something I did. I am going to tell you, and this is a promise, if she ever tells anybody, no matter how much time she thinks went by, I have people who will pull up in a car, kidnap her and throw her in the Hudson River with cement blocks on her feet. You understand what I’m talking about, right?”

This is not the first time an A-lister accused Toback of sexual assault.

Rachel McAdams, known for her role in The Notebook, previously revealed that the director also made sexual advances towards her when she was just 21 years old. According to the actress, she was caught off-guard when Toback told her that he had masturbated the thought of her before their encounter. Being young and new to the industry, she just didn’t know how to react:

“I really was frozen. My brain was not catching up. That is when I got mad. I felt like I was kind of thrown into the lion’s den and given no warning that he was a predator.”

The LAPD is currently investigating the accusations against James Toback. A formal statement from the police department was released late last year. The press release revealed that multiple women had come forward detailing their experiences with James Toback. Toback denies all allegations, explaining he has never met or have only briefly met the women who have pitted accusations against him.

You can view the entire interview on CBS. We know this isn’t the end of harassment in Hollywood, something that has happened over decades won’t disappear in a matter of a year, but we do hope it offers a change in dialogue. If you or someone you know has faced sexual assault in any way be sure to call 1-800-656-4673 for any assistance.

What do you think about all the allegations coming to light? Are you mad it’s been going on for so long? Or are you relieves something is finally happening? Let us know in the comments below.