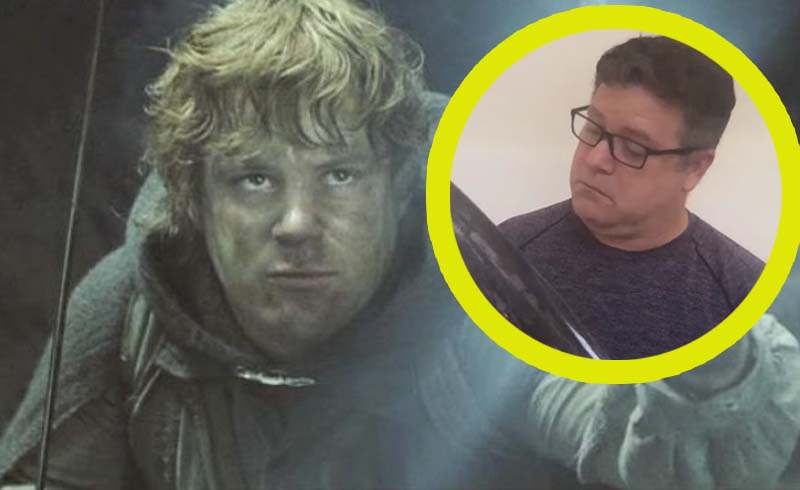 It’s been 17 years since the last time we’ve seen Sean Astin play the part of Samwise Gamgee, and Astin is once again coming back to the franchise just to do a little promotion for the 4K UHD release of The Lord of the Rings and The Hobbit trilogies.

Sean Astin announcing that The Lord of the Rings Trilogy and The Hobbit Trilogy (theatrical versions and extended versions of each of the six films) will be released on 4K UHD on December 1st, 2020

You’ll also notice that Astin is sheathing a sword in the beginning of the video, and that’s actually the sword that Sam receives from Aragorn in Fellowship of the Ring. While it certainly isn’t as iconic a weapon as Sting, it’s still pretty great that Astin would keep a prop that was specifically for Sam.

Besides the upcoming UHD versions that are coming out this December, WB is also gearing up for something called a 4K ULTIMATE COLLECTOR’S EDITION and that’s set to come out in the summer of 2021. They are also going to celebrate the 20th anniversary of Fellowship of the Ring with another Blu-Ray release of the trilogy in the fall of the same year.

We don’t have any new details on those re-releases, but the least I’m expecting is just some new packaging. It would be great if WB was able to add some neat collectibles like a One Ring prop or maybe other trinkets like the light of Earendil or Aragorn’s Evenstar pendant.

For now, fans can wait for the release of The Lord of the Rings and The Hobbit trilogies on 4K UHD this coming Dec. 1.