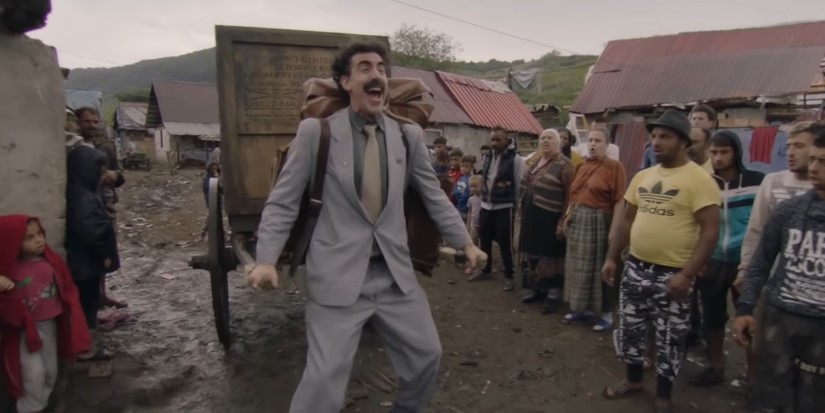 Sacha Baron Cohen had effectively offended audience members with his Borat movie back in 2006, and he has since been working on the same vein of offensive comedy over the years. After trying to put a mirror in front of America with his show Who is America, Cohen is back with his shenanigans as Borat in the sequel, Borat Subsequent Moviefilm: Delivery of Prodigious Bribe to American Regime for Make Benefit Once Glorious Nation of Kazakhstan.

Check out the trailer from Amazon Prime Video:

With Borat being one of the biggest comedies to come out back in 2006, you can see that Cohen can’t really dress up as the character anymore without being recognized. In the trailer, we get to see Cohen take on other disguises, all for the purpose of exposing just how stupid people are.

Speaking of stupid people, he also crashes a Mike Pence rally dressed as Trump carrying a young woman. As for the young woman, it looks like Borat is going to be travelling with his daughter (Maria Bakalova) this time around; but rumor has it that we’ll get to see a return from his producer Azamat (Ken Davitian).

You really have to hand it to Cohen. Prank shows are a dime a dozen these days, but he always manages to go the extra mile. Rumor even had it that one of his pranks was so dangerous that he had to put on a security vest just in case someone wanted to shoot Borat.