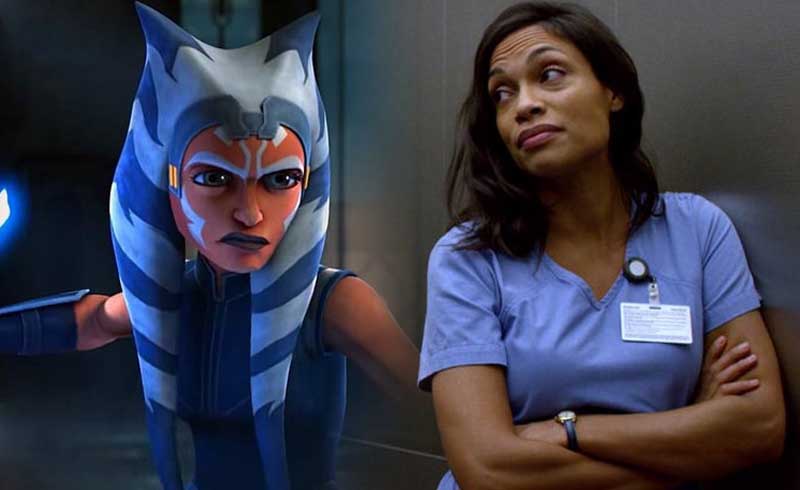 Though there hasn’t been an official announcement, everyone is almost sure that Rosario Dawson is definitely playing the live-action version of Ahsoka Tano for the second season of The Mandalorian. Rumor has it that an Ahsoka series is also in development, and word has come out to line up with what we’ve all been hearing.

According to insider Daniel Richtman, Dawson’s contract to play Ahsoka is said to be a ‘multi-show deal’, meaning that she could appear in more shows other than The Mandalorian. Seeing that the spinoffs in the works are all close to the Original Trilogy timeline, I could imagine Ahsoka making an appearance in both the Cassian Andor series as well as the Obi-Wan series with Ewan McGregor.

Of course, we should all take this with a grain of salt. Lucasfilm is yet to make any official announcements that Dawson is definitely playing Ahsoka, but then again, maybe they’re waiting to keep it a secret until she finally makes her debut in the second season of Mando.

Personally, I would be excited to see just how Dawson’s Ahsoka plays off in live-action. Though she was a tad spunky in The Clone Wars, I’ve felt that recent iterations of Ahsoka, specifically in Rebels, have been a tad flat. Hopefully when we meet her in live-action, she has a lot of that attitude that she used to show to her master Anakin Skywalker during the earlier days of the Clone Wars.

For now, fans wait for the second season of The Mandalorian which is set to come out this October on Disney+.