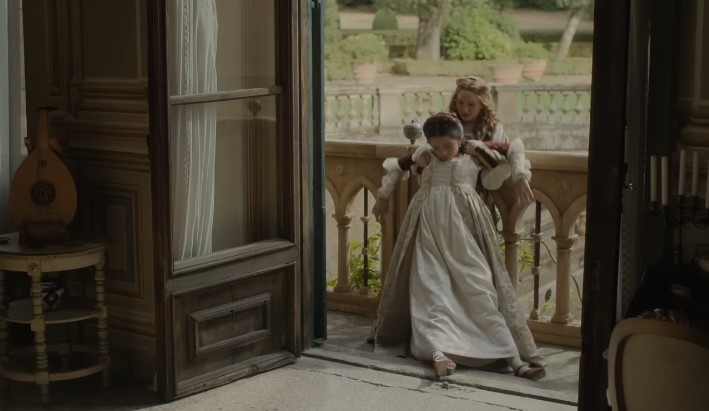 The tale of Romeo & Juliet has been told time and again, but Hulu is looking to bring a comedic twist to their tale with the film Rosaline starring Kaitlyn Dever (Booksmart).

“Rosaline” is a fresh and comedic twist on Shakespeare’s classic love story “Romeo & Juliet”, told from the perspective of Juliet’s cousin Rosaline (Kaitlyn Dever), who also happens to be Romeo’s recent love interest. Heartbroken when Romeo (Kyle Allen) meets Juliet (Isabela Merced) and begins to pursue her, Rosaline schemes to foil the famous romance and win back her guy.

This is actually an interesting bit of fan fiction since Rosaline was a character in the original play. While she doesn’t really appear or speak in Romeo &Juliet, Rosaline is the very reason that Romeo goes to the party and lays his eyes on Juliet first.

Given the setting, I think some people are expecting this movie to have dialogue straight out of Pride and Prejudice, but it seems that the characters all speak in very modern lingo, and even the character herself has very modern ideas of being a woman—even if she’s just trying to break-up fiction’s most famous couple.

Though Shakespeare’s play is known to be a tragedy, I think the movie has a chance to re-write canon and put a fun twist to the story, with her plotting and scheming around the main story as it unfolds. It’s a fun twist, and I’m excited to see Dever take on some more comedy.

Rosaline comes to Hulu this Oct. 14.