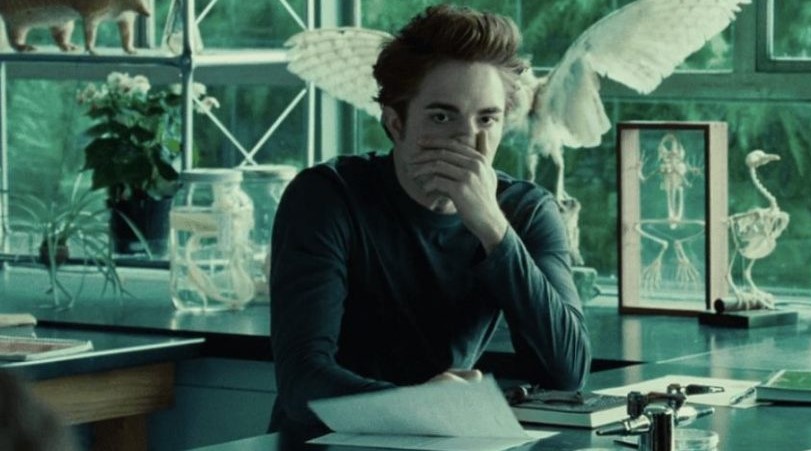 Despite being one of the most successful YA franchises of all time, there was a huge cultural resentment for Twilight when it first came out; even star Robert Pattinson was eager to point out the absurdities of the films that made him famous. Though hating on Twilight was the consensus back in 2010, Pattinson has since changed his tune.

In a recent interview with People (via @pattinsonphotos), Pattinson’s The Batman star Zoe Kravitz was asked whether she’s watched Twilight to which she admits she hasn’t seen the film. Pattinson then replied, “It’s not even cool to be a hater anymore… That’s so 2010.”

Though Pattinson has moved on to do many different kinds of projects since Twilight, his image of Edward Cullen has admittedly been stuck in audience’s minds. If you watch his more recent films—like Lighthouse and Good Time—it’s clear that he can definitely deliver some captivated, nuanced performances. Christopher Nolan saw that when he cast Pattinson in Tenet, and now director Matt Reeves is taking a chance on him with this upcoming Batman movie.

Going back to Twilight though, it’s not much different from several other YA franchises. If anything, some have pointed out that the hate toward the franchise kind of comes from a very sexist place; in that it was mainly targeted toward young girls. You don’t see that same kind of scrutiny when it comes to spectacle pictures like the Fast and Furious movies.

As Pattinson puts it, “It’s not even cool to be a hater anymore.”

Catch Battinson when he makes his Dark Knight debut on March 4 when The Batman hits theaters.