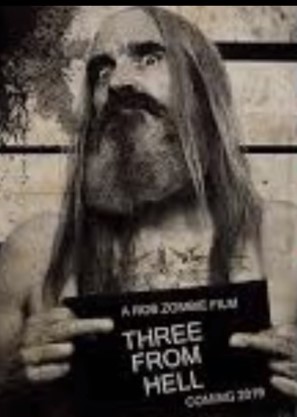 It has been more than a decade since Rob Zombie’s The Devil’s Rejects hit the big screen. For years, horror movie fans have been waiting patiently for any news about the sequel. It wasn’t until early this year when the director confirmed that a follow-up, entitled 3 from Hell, is in development.

According to reports, the filming has wrapped up and fans only need to wait a couple of months before 3 from Hell premieres. With the release almost at hand, more and more details about the upcoming movie have made their way to the news cycle. In fact, one of the three from hell has revealed tidbits of what longtime fans can expect from the long-awaited sequel.

Bill Moseley, the actor who plays Otis Firefly, recently caught up with Rue Morgue to talk about 3 from Hell. During the interview, Moseley gushed about the Zombie film. According to the actor, he is sure that fans would love what they had made:

“All of the people who loved HOUSE OF 1000 CORPSES and DEVIL’S REJECTS are going to have a luau of excitement and happiness when they see 3 FROM HELL. It’s going to be a crowdpleaser.

Moseley tells fans that 3 from Hell is what they have long been waiting for. It is a movie that does violence for violence’ sake – just what the doctor ordered:

“From what I’ve heard from Rob, he’s very happy and excited about what he’s got, and it’s chockablock with gratuitous violence [laughs], which is great, because lately there have been a lot of good horror movies that just don’t have a lot of that. I mean, the violence is skillful, it’s effective, but it’s not gratuitous, and that’s what I think the fans are missing. I think we just want a lot of violence for violence’s sake—decapitations, shotguns to the face, just general ass-kickin’ stuff that we’re not really getting much of these days.”

Throughout the interview, Moseley remained mum about the movie would go about resurrecting Otis, Baby Firefly, and Captain Spaulding, the eponymous 3 from Hell, after the end of The Devil’s Rejects. However, Moseley admits that it wasn’t very easy to step back into a character that he hasn’t played in more than a decade. It took several takes but after a moment of clarity he was back in the groove:

“I was trying to capture whatever I had with Otis in HOUSE OF 1000 CORPSES, and of course now, it’s about 15 years later. Rob kind of looked at me askance after I’d fumbled the second take, and I just said, ‘Give me a second.’ I sat down, took a deep breath, I exhaled, and a voice in my head said, ‘Bill, I got this.’ It was the voice of Otis, basically telling the insecure actor to take a hike, and the third take was the charm. I just had to get to that place, which mercifully didn’t take long.”

As of the moment, 3 From Hell has yet to get a definitive release date. However, the movie is expected to be released in 2019.