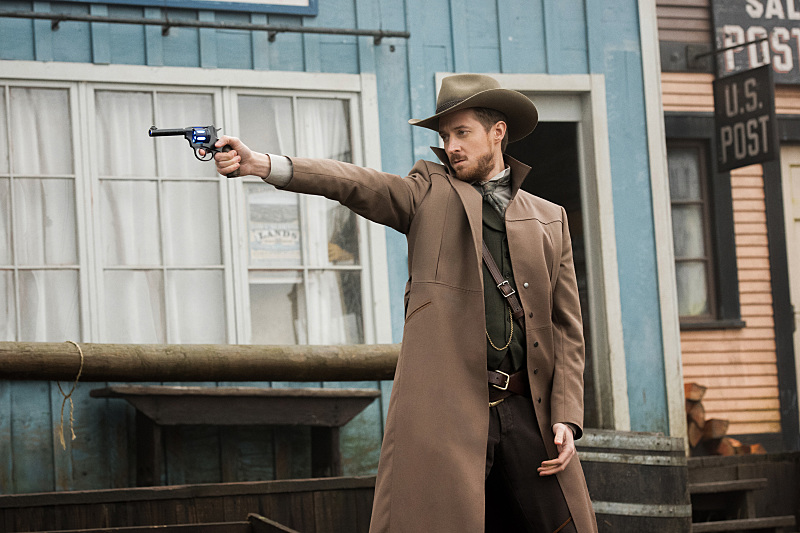 The Legends of Tomorrow Season 2 premiere remains one of the best episodes of the Arrowverse shows this season. However, not all of the Legends have stuck around to enjoy in their most recent travels. Captain Rip Hunter departed the team in a bid to save their lives and he’s been lost ever since. So far, no hints have surfaced concerning the former Time Master’s whereabouts. In his absence, Sara Lance has taken charge, inarguably doing a far better job. But his lessons of time travel and aberrations remain secure in the team’s heart.

The actor who plays him, Arthur Darvill, is most certainly set to return. The question is when and how. Talking to Cinemablend, Maisie Richardson-Sellers, who plays Amaya/Vixen, teased the following:

“He does come back, just not necessarily the Rip that we remember. That’s sort of what is a big part of the second half of the season.”

Rip’s return is expected. But his returning differently than we remember him is what’s particularly interesting about the above statement. As we constantly have to remind ourselves with Legends, anything is possible. Rip Hunter’s return could mean another version of him from the past or future will appear. Thanks to the multiverse, it could also mean we may see the character from a different Earth. Or it could just entail his personality has altered courtesy of his time away. A chance to move on from the disappointment of being unable to save his family may return a Rip with a different outlook.

Because we don’t know when Rip Hunter will reappear, we also are unaware of for how long. Perhaps it’ll be a fleeting scene, one that sees him come back for a few brief minutes. Or it could be a major plot twist, maybe to do with future Barry’s message from 2056… Tell us your thoughts and theories in the comments below.

Legends of Tomorrow airs Thursday nights on The CW. However, that changes in January 2017 when it begins airing Tuesday nights after The Flash.