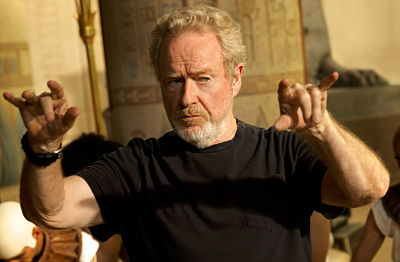 Ridley Scott is one of our favorite directors, mainly because of his work with Alien. To say this man knows what he’s doing might be an understatement, after all, we’re talking about a man who replaced Kevin Spacey in his movie All the Money in the World in a matter of a week and still did all the re-shoots and got the movie into theatres on Christmas Day. Now a director like this has to have a lot of opportunities, but he’s never been asked to direct a Star Wars movie and when asked by Vulture if he had been this was his response:

“No, no. I’m too dangerous for that. Because I know what I’m doing. [Laughs.] I think they like to be in control, and I like to be in control myself. When you get a guy who’s done a low-budget movie and you suddenly give him $180 million, it makes no sense whatsoever. It’s f—in’ stupid. You know what the reshoots cost? Millions! Millions. You can get me for my fee, which is heavy, but I’ll be under budget and on time. This is where experience does matter, it’s as simple as that! It can make you dull as dishwater, but if you’re really experienced and you know what you’re doing, it’s f—ing essential. Grow into it, little by little. Start low-budget, get a little bit bigger, maybe after $20 million, you can go to $80. But don’t suddenly go to $160.”

While Ridley Scott doesn’t mention any names, he very well could be talking about former Star Wars 9 director Colin Trevorrow. Colin Trevorrow who did, in fact, go from a low-budget indie movie, his feature directorial debut, Safety Not Guaranteed, to an epic blockbuster, 2015’s Jurassic World, which lead to Star Wars 9 and his eventual departure from the film.

While Ridley Scott, would be a welcoming face to Star Wars, we think he’s right about needing to be in control of a franchise that is already heavily controlled by LucasFilm president Kathleen Kennedy, which is also why some fans get mad at Star Wars. After all, it’s those clashes that lead to the departures/firings of Solo: A Star Wars Story Phil Lord and Chris Miller as well as Star Wars 9 director Colin Trevorrow. Indeed it sounds like you have to have a certain mentality to play nice with LucasFilm’s and Ridley Scott is someone who’s just too risky for them. The clash of directors is most likely why Kathleen Kennedy is bringing back J.J. Abrams for episode 9 and Rian Johnson for an all-new Star Wars Trilogy.

Even with a backlash of Star Wars: The Last Jedi it’s still well on it’s way to taking the top-grossing spot of the year with a total current box office of $777.6 Million even though it just hit theatres on December 15th. At this rate, it should be just a matter of time before the $1.2 billion mark set by Beauty and the Beast for the top-grossing film this year.