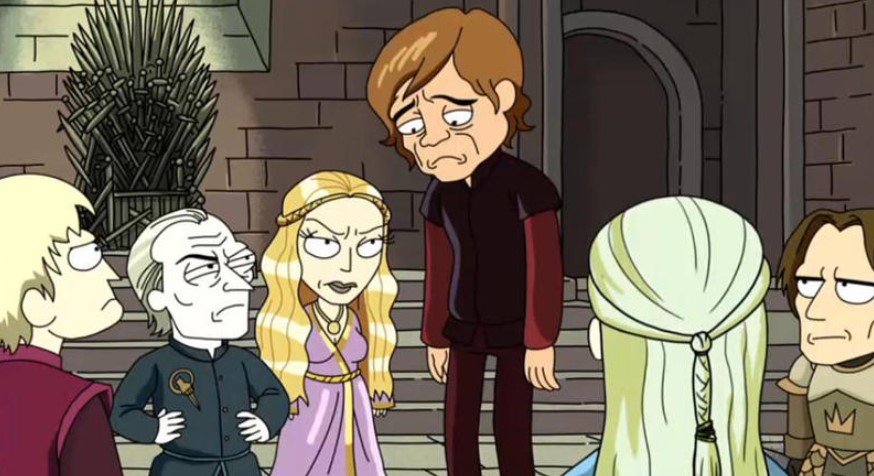 If you’ve been online, you’ll know that a good majority of Game of Thrones fans absolutely hated the ending that we got. Rick and Morty creators Dan Harmon and Justin Roiland have always had great takes on pop-culture—sometimes even included in the show itself—and they take time to comment on what is considered one of the biggest disappointments of 2019.

Talking to Entertainment Weekly, Harmon is a bit more empathetic as a showrunner, and says he was satisfied with what came out of the show. Harmon says:

“As a showrunner, I was amazed at the amount they were able to accomplish — especially given the meta-reality of having run out of books to adapt. Watching The Hound fight The Mountain on the stairs, I was like, ‘This is all great, man.’ I was aware of the disappointment factor with [Daenerys Targaryen’s] dark turn. I’m not going to say fans are too cynical and ungrateful, but I guess I did just say that.”

Roiland, on the other hand, thinks that the show could have stretched out for three more seasons, especially with the rushed arcs of the Night King, the Fall of Daenerys, and the rise of Bran the Broken. Roiland explains:

“Structurally, I think it was great. I just selfishly wanted more episodes. I wanted to get to those plot points at a slower pace. I didn’t want it to end either. I wished it was stepped out over three more seasons or three or four more episodes,” Roiland said before adding, “There’s not going to be another show that big.”

If anything, Roiland’s comments stick closer to that of the fans who also wished that the show took the time to build up to the endings that we got. If anything, the show ended the way George R.R. Martin meant it to, but it was the breakneck pace of the plots that got everyone so frustrated with how it all turned out.

Game of Thrones may be done, but you can catch the fourth season of Rick and Morty when it premieres this November on Adult Swim.