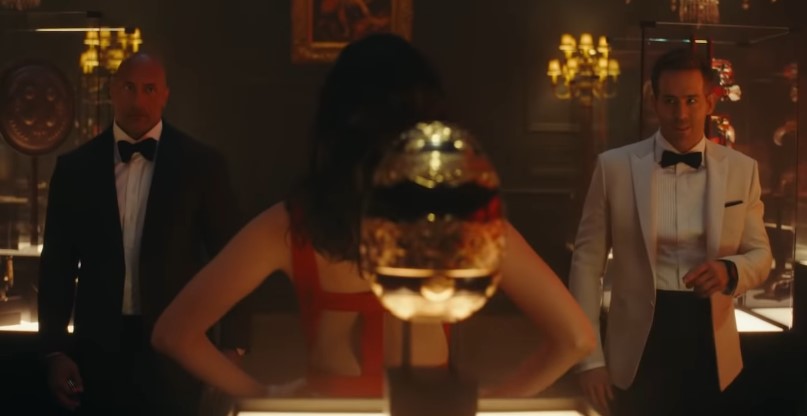 Ryan Reynolds, Gal Gadot, and Dwayne ‘The Rock’ Johnson are three of the biggest movie stars today, and they’ve teamed up with Netflix for an upcoming action/heist film called Red Notice. We just got a trailer for the movie, and it shows off a lot of their star power.

Check out the trailer for Red Notice down here:

An Interpol-issued Red Notice is a global alert to hunt and capture the world’s most wanted. But when a daring heist brings together the FBI’s top profiler (Johnson) and two rival criminals (Gadot, Reynolds), there’s no telling what will happen.

The premise seems simple enough with all three actors working on their strengths. The Rock is still a solid action star with Ryan Reynolds being able to pull off both action and comedy. Gal Gadot may not be Wonder Woman here, but she demands attention with her femme fatale vibe, and it would be interesting to see her bounce off of two of the most bankable actors in Hollywood today.

It’s also worth noting that the movie comes from director Rawson Marshall Thurber who has directed films like Dodgeball: A True Underdog Story and We’re the Millers. Though the trailer is leaning heavily on the action scenes, it’s likely Red Notice is also going to be a laugh riot; even Reynolds alone can be hysterical, and we can just have the Rock and Gadot play straight man to his character.

Catch Red Notice when it premieres on Netflix Nov. 12.