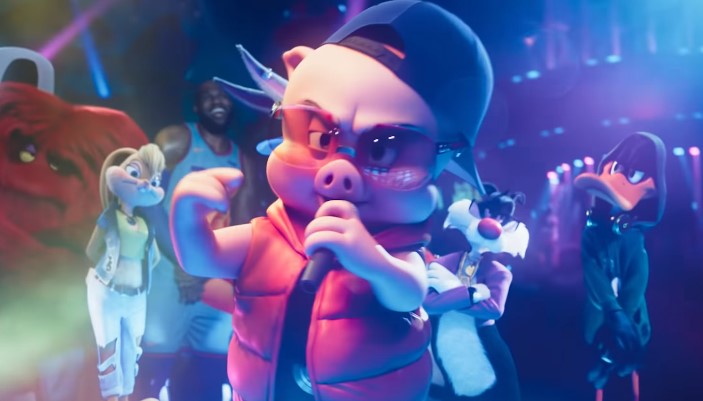 It’s been 25 years since the release of the original Space Jam, and though it’s taken years in development, the sequel, Space Jam: A New Legacy is finally ready to release this July. Just in, we have a new clip from the film which has Porky Pig (or the Notorious P.I.G.) showing off some rap skills to Don Cheadle and his crew.

Based on the description, this looks to only be part of a full song dubbed Space Jam: Rap Battle. Here’s what it says:

“Space Jam: Rap Battle (from Space Jam: A New Legacy)” features the song from the film performed by Porky Pig, Al-G and Daffy Duck, along with instrumental and acapella versions!

While it’s admittedly kind of corny to watch an vintage cartoon pig rap, I think kids would get a whole kick out of it. While a lot of now-adults who grew up on Space Jam are excited for this film, they have to keep in mind that this movie is for kids first.

Besides, with the first movie admittedly not aging well, there’s really no way to go but up when it comes to Space Jam, and it looks like WB is trying to draw from every piece of IP they have with this film. Hopefully LeBron James can act better than he can play ball (or at least better than Michael Jordan).

Catch Space Jam: A New Legacy when it comes out on HBO Max and theaters on July 16.