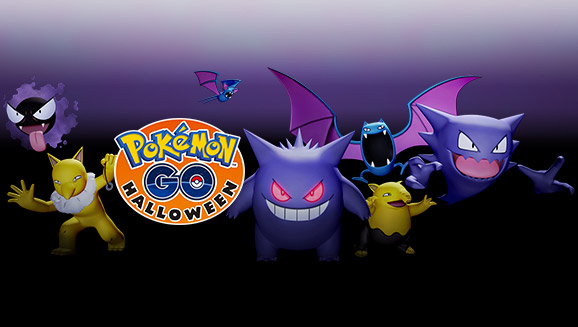 If there’s one thing video game developers love more than a day one update, it’s a Halloween update. Not wanting to miss out on the seasonal fun, Pokémon Go players can look forward to an influx of ghost and psychic Pokémon when Niantic Labs switches on its very own spooktacular patch on Wednesday.

Running until next Tuesday, November 1, Pokémon Go’s Halloween event will see streets, parks and landmarks across the globe inundated with Drowzees, Hypnos, Gastlies, Gengars, Haunters, Zubats and Golbats (oh my).

Any Pokémon trainer worth their salt has probably caught hundreds of each already, but each catch will at least provide extra candy, thus ever so slightly speeding up the evolution process. Rewards will also be increased if you have a buddy Pokémon assigned or hatch an egg.

Niantic Labs will certainly be hoping the Halloween bonuses will at the very least keep Pokémon Go’s remaining userbase on board, with numbers having steadily declined since launch. With the initial thrill of catching Pokémon in the real world having worn off for most, it’s going to take more than this Halloween event to keep players invested through the rest of the year. In reality, the developer will have to start delivering some of the more substantial promised features that still haven’t made it into the game. The ability to battle and trade with other trainers you encounter is still yet to be added, despite being advertised in pre-release trailers.

Smartphone game aside, it could be a big few months for one of Japan’s most popular exports. Next month sees the special edition steelbook Blu-Ray release of the original three Pokémon films – Pokémon: The First Movie, Pokémon: The Movie 2000 and Pokémon 3: The Movie – and The Pokémon Company has confirmed that a game is in development for Nintendo’s recently unveiled Switch console.