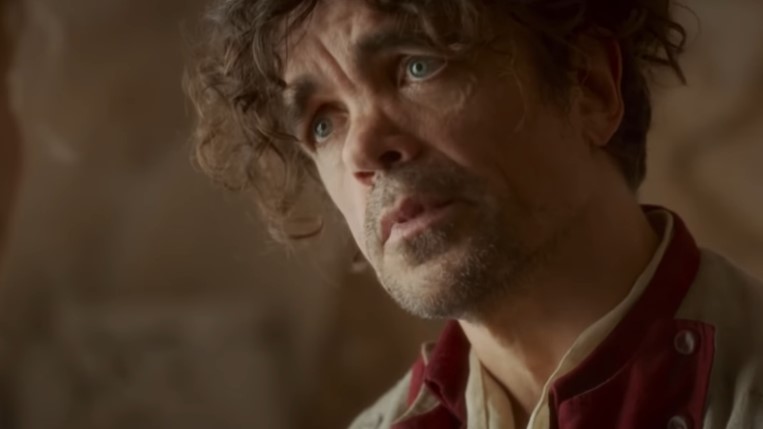 The book may be closed on Tryion Lannister, but a lot of people are still waiting to see more of Peter Dinklage. Just in, MGM has dropped a new trailer for Cyrano, and it features Dinklage in the lead role of poet/duelist Cyrano de Bergerac.

Watch the trailer for Cyrano down here:

The original play was written in the 1890s and is actually based on a real Cyrano de Bergerac, but classically, the character is portrayed to have a very large nose (hence making him “ugly”). This modern iteration has a different source of Cyrano’s insecurities, making him a dwarf.

The movie is directed by Joe Wright who is best known for his movies like Atonement and the adaptation of Pride & Prejudice starring Keira Knightley. Variety reports that the movie had actually premiered at the Telluride Film Festival, and that some are saying that Dinklage’s portrayal could very much nab him an Oscar nomination.

Besides Dinklage, the movie also includes Haley Bennett, Kelvin Harrison Jr., and Ben Mendelsohn. While we all know that Dinklage is a fantastic actor thanks to Thrones, Cyrano will actually have us watching him sing (and swordfight) for the first time. With him breaking boundaries with his role as Tyrion, it’s going to be interesting to see him actually take the lead role in a film as the main love interest.

Cyrano is set to hit theaters this December.