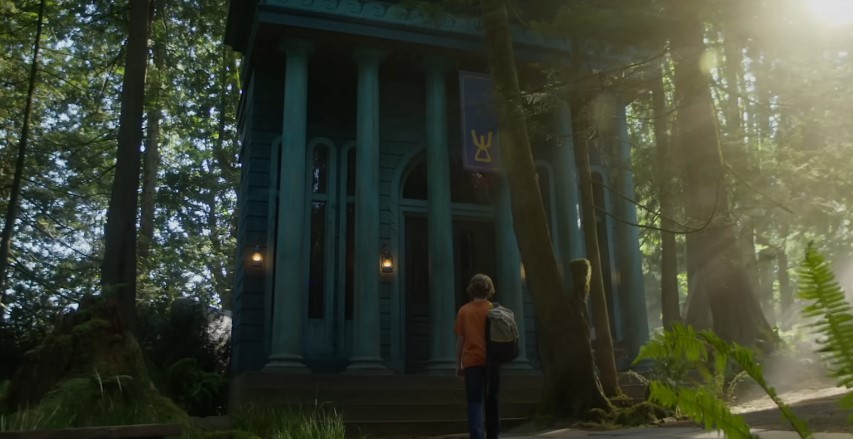 Marvel and Star Wars may be dominating Disney IP, but there’s one series reboot incoming that a lot of fans have been waiting for with Percy Jackson and the Olympians. The recent D23 Expo has just dropped the first teaser, and we get a look at Percy and the rest of Camp Half-Blood.

Check the trailer for Percy Jackson and the Olympians out down here:

Though the story of The Lightning Thief does take place in multiple locations, Camp Half-Blood is kind of the Hogwarts of the franchise, with all the demi-gods being gathered to train amongst each other. Though we have seen the kids don armor before in the Percy Jackson films, here we get a tease of their bunkers, which have all been separated based on which god is the parent of the child.

While some gods have more offspring than others, Percy is different in that Poseidon doesn’t really have that much children, so he pretty much has his bunk all to himself.

We don’t know how Disney plans to approach this new adaptation of the series, but we should expect it to be more faithful to the books, especially with author Rick Riordan being more involved with its development. Though the movies did try to age up Percy to appeal to the YA audience, this reboot will be more Harry Potter, with actual pre-teen kids cast, expected to grow alongside the characters as the series progresses—if the project gets greenlit that is.

No specific release date has been announced for Percy Jackson and the Olympians, but the show is expected to premiere on Disney+ sometime in 2023.