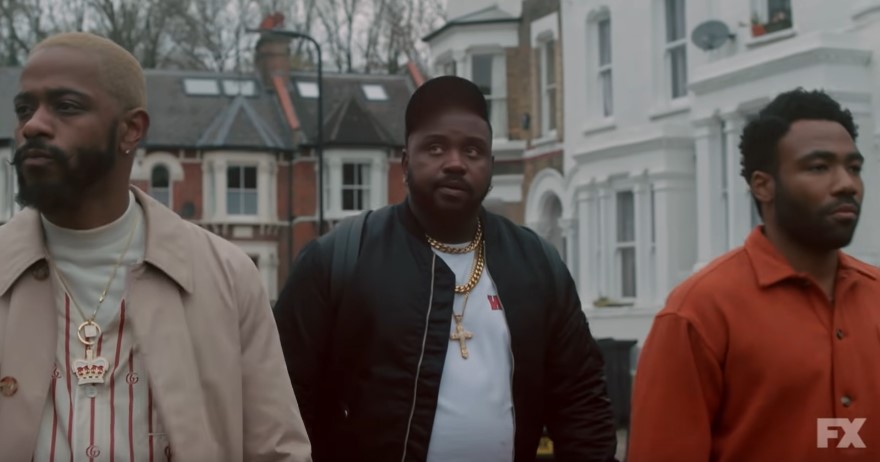 After his run as Troy in Community, Donald Glover’s big return to television was the hit series Atlanta. The last time we got to see Earn and Al was way back in 2018, and now FX is ready to bring us the third season later this month.

While the second season of Atlanta brought us Robbin’ Season, Season 3 will be taking place almost entirely in Europe. Here’s the official description:

Taking place almost entirely in Europe, Season 3 of Atlanta finds “Earn” (Donald Glover), “Alfred ‘Paper Boi’ Miles” (Brian Tyree Henry), “Darius” (LaKeith Stanfield) and “Van” (Zazie Beetz) in the midst of a successful European tour, as the group navigates their new surroundings as outsiders, and struggle to adjust to the newfound success they had aspired to.

Even if Glover was best known for his comedy work with 30 Rock and Community, Atlanta has come out to be an entirely different animal, with surrealist imagery being mixed with some comedic beats. Though there are some laughs to be had, there are also some darker moments in Atlanta, and sometimes you can’t help but wonder if the series wants you to laugh or have a serious look at societal issues.

The show is pretty great, and it’s written in a way that you can’t really expect to know where an episode is going to take you. I’m curious if Glover has any interesting things to say about the pandemic, now that we’re slowly moving away from it.