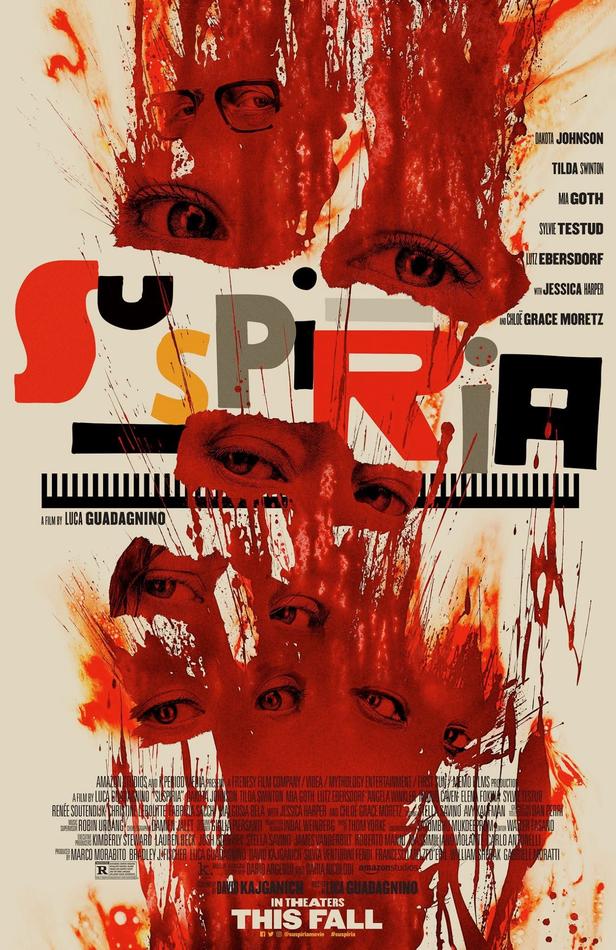 Remaking the 1977 classic Suspiria has gone through quite a journey. The remake was originally set to be in development a decade ago with director David Gordon Green at the helms. Unfortunately, studio financing did not pull through.

It wasn’t until 2015 when the project was revived and started making strides with filmmaker Luca Guadagnino leading the way. The movie is now scheduled to be released nationwide before the year’s end. With the movie nearing its debut, it isn’t surprising how promotions for the film have been sprouting left and right. In fact just this week, the official poster for Suspiria was finally released.

The poster, which predominantly features the color red, is both beautiful and unnerving. It perfectly encapsulates what fans should expect from the movie.

Aside from the poster, more and more details about the upcoming film have surfaced. Some of the information come from Guadagnino himself.

In a recent interview with The Hollywood Reporter, Guadagnino explained the whys and hows of him remaking Suspiria. According to the director, the main draw of the film’s story lies in the complex relationship of a mother and daughter. It explores what could happen if power and roles are reversed:

“In a way Suspiria is about how you behave in the relationship between mother and daughter and what happens when the balance of power is swapped. Those are things that have always been part of my upbringing. I think that in every movie you try to find metaphors or take narrative devices to communicate the things that are most close to you.”

When asked about the research and inspiration he needed when developing his film, Guadagnino explained that for him it is all about the setting and the context:

“I always think of the setting of the story before I decide anything about the light and the color of my films. And this is a movie about Berlin, 1977, a country that is almost on the verge of civil war, where there is a great generational divide, where the horrors of the past are confronted by the urgency and the violence of the present, a period that was called the German Autumn. We started to see the pictures of the time, and in particular the wonderful lesson of [cinematographer] Michael Ballhaus in the films of Rainer Fassbinder. And we started to think of how a great painter like Balthus created such uncanny eeriness and fear in his amazing paintings.”

Guadagnino also explained how he developed his Suspiria remake. The director spoke about the darkness he wants to evoke in his creation. He wants viewers to be totally immersed in the movie and to leave feeling unnerved and uncomfortable:

” I hope that the movie comes across as a relentless experience that’s going to go deep into your skin all the way down into your spine. I want the movie to perform as the most disturbing experience you can have. The movie is about being immersed in a world of turmoil and uncompromising darkness.”

Guadagnino’s Suspiria is scheduled to debut on September 1, 2018 in this year’s Venice Film Festival. The movie is set to hit the big screen nationwide on November 2, 2018.