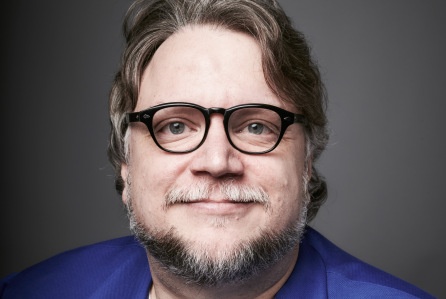 Despite being pegged as a progressive field, the movie and television industry is not considered a bastion of diversity and inclusivity. To this day, reports reveal the disparity between the opportunities the stereotypical white male receive and the opportunities left for everybody else to divvy up.

According to recent research, only 34 out of 100 movies depict a woman in the lead or co-lead role. In terms of race, white people have the lion’s share of speaking roles at 70%. Even with the push for LGBT representation in films and television, 76% of recent movies have no LGBT characters.

With all of that said, it isn’t surprising how the recent Venice Film Festival has come under fire for choosing only one female director in this year’s competition. Thankfully, industry big wigs are speaking out against the festival’s decision to select only one woman to be in the running.

During the festival’s kick off, jury president and acclaimed director Guillermo del Toro was asked to comment on the event’s decision to include only one woman in the competition. Del Toro explained that the ultimate goal is 50/50 representation at least by 2020. He explains that the issue is not a matter of establishing a quote. However, it is a problem that needs to be called out:

“I think that the goal has to be clear, and has to remain 50/50 by 2020,” he said. “If it’s 50/50 by 2019, better. It’s a real problem we have in the culture in general.It’s not a matter of establishing a quota,” he said. “It’s extremely important to call it out, and to question it and to name it, and to make it known. I think that is necessary, because for many decades, if not centuries, it has not been called. It’s not a controversy, it’s a real problem, and it needs to be solved, in every one of our pertinent departments, with strength and resolve” quipped Del Toro as reported by Indiewire.

Del Toro is not the first industry leader to call out the Venice Film Festival on their lack of diversity and inclusivity. The European Women’s Audiovisual Network or EWA has released an official statement lambasting the events decisions. The open letter specifically pointed out Alberto Barbera’s, the festival’s chief artistic director, shortcomings when it comes to the process of selection. The network hopes that the next few years would see significant reform in the industry:

“We want to see diversity pledges put in place to challenge festivals’ self-proclaimed “elevated taste”. We want to put an end to the conversation that says that quotas or diversity targets prevent selectors from doing their job “properly”. We no longer want to hear that equality charters result in the selection of “inferior” female films. Women represent more than half of the world’s population. We are 52% of humanity and we have not been allowed to show our work on a fair basis for as long as culture has existed. Taste is subjective, but numbers are not and if a festival fails to accurately represent the world’s population, if it consistently shows us the world through a predominantly white, male gaze, these festivals are objectively unrepresentative and poorly programmed. #TimesUp for all those trying to cling on to male supremacy as we know it” read a part of the letter.

Read the rest of the EWA’s statement here.