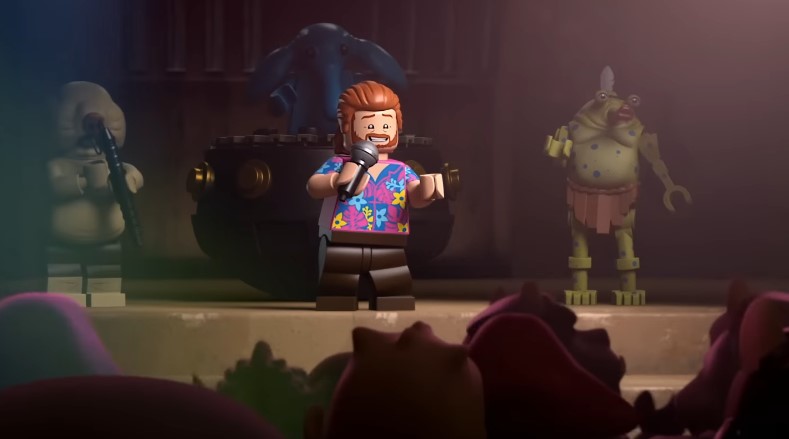 We know that Weird Al Yankovic wrote an original song for Disney+’s LEGO Star Wars Summer Vacation, but he’s not the only one who has a musical number in the holiday special.

Though I was half-expecting a Star Wars parody of Katy Perry California Girls, Gamorrean Girls sounds a lot like the music from Jabba’s Palace that we hear way back in Return of the Jedi. Sure it’s kind of corny to watch a character like Obi-Wan rap, but this is a LEGO special, so there’s really no point arguing about anything like canon.

With the way that shows like The Book of Boba Fett and Obi-Wan Kenobi are so serious, it’s shows like the LEGO Star Wars specials that have been adding a bit more variety to the SW content coming to Disney+. And though they may not be canon, it’s probably our only update on the Sequel era characters that could have some kind of resemblance to what Lucasfilm wants to do with the era.

Personally, I think that the studio is waiting for the target audience of The Force Awakens (i.e., the kids) to grow up before releasing the next Sequel era film, but for now, it seems that the studio is just focused on pleasing the Prequel/Original Trilogy fans for now, what with them being so glued to that timeline.