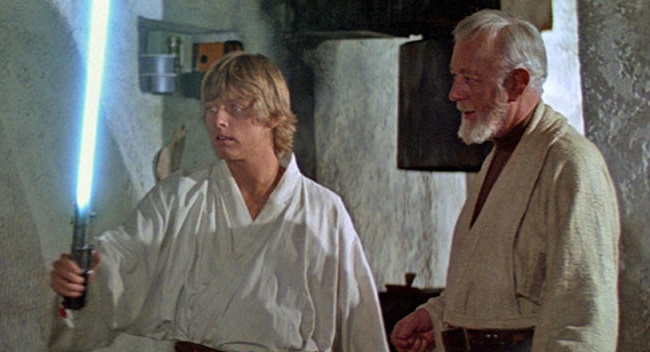 A lot of people are excited for Ewan McGregor’s Star Wars comeback with the Obi-Wan Kenobi series, and though we’ve known for a while that Vader will make an appearance, a lot of people are curious about a young Luke Skywalker.

When McGregor was asked by The Hollywood Reporter about possibly meeting a young Luke, McGregor commented (while smiling), “That’s very possible. I don’t know.”

With Luke’s appearance in The Mandalorian being such a huge deal, a lot of people are wondering what would happen if we saw a younger version of the character in Obi-Wan Kenobi. At this point, we might actually get to see Luke the age that Anakin was when we met him in The Phantom Menace. With Lucasfilm being so careful with how characters are handled, I’m just hoping they still manage to give us some meaningful insight on the character—maybe even a little fun.

While McGregor has been tight-lipped about details of the show, his description of working with the new StageCraft tech may be a hint on what locations to expect in the show. McGregor continues:

“They project [the virtual backgrounds] onto this massive LED screen. So if you’re in a desert, you’re standing in the middle of a desert. If you’re in the snow, you’re surrounded by snow. And if you’re in a cockpit of a starfighter, you’re in space. It’s going to feel so much more real.”

Of course, McGregor could just be pulling examples off the top of his head, but with Lucasfilm keeping a very tight lid on things, all we fans can do really is just speculate.

No release date has been set for the Obi-Wan Kenobi series, but it’s expected to debut on Disney+ sometime in 2022.