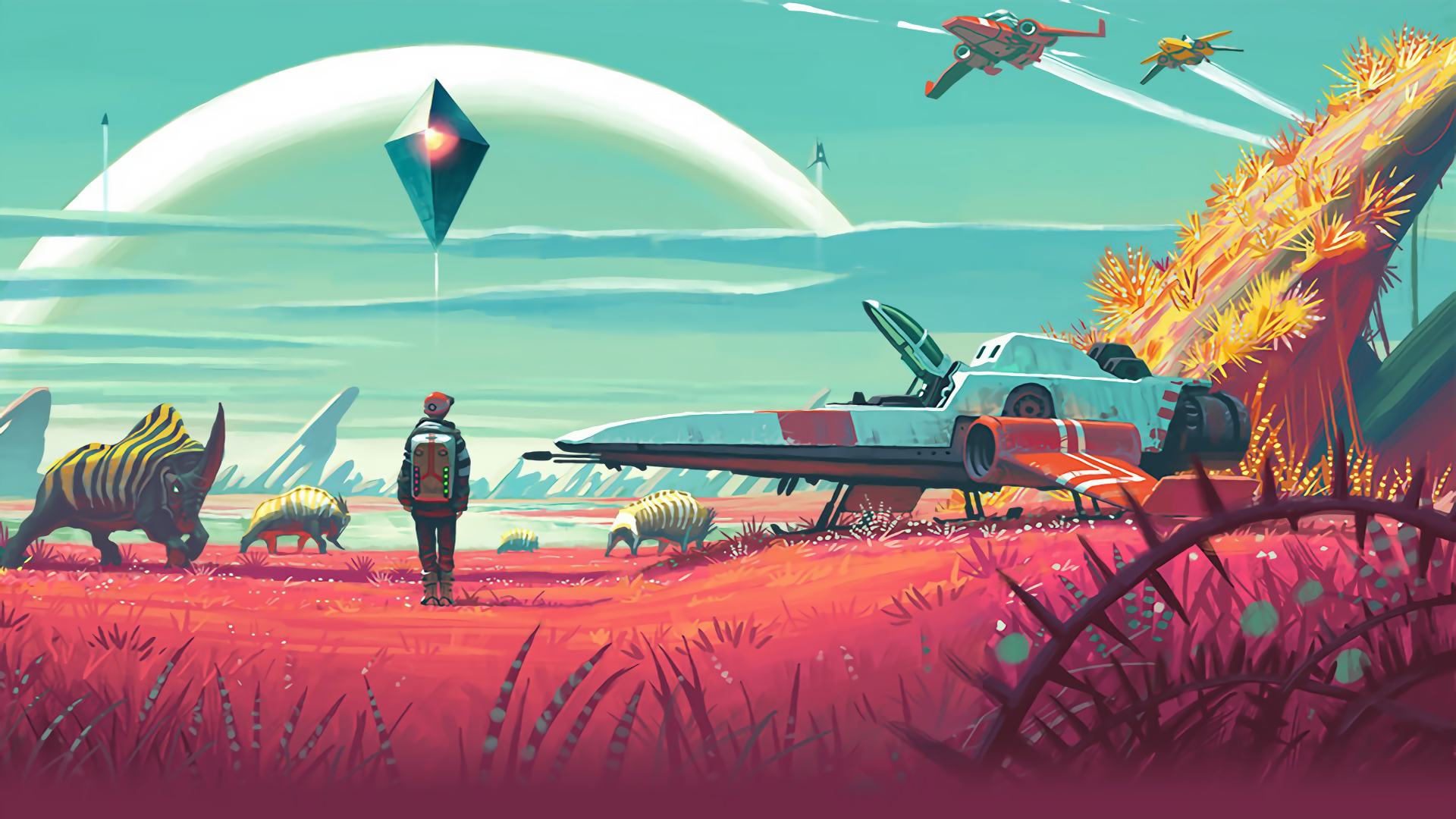 Ever since developer Hello Games revealed their ambitious new project No Man’s Sky at the 2013 VGX Awards, gamers have been longing to get their hands on the game. Its concept is unique, its scope is astonishing, and its design somewhat revolutionary.

The goal of players is to get to the centre of the universe, discovering planets, trading materials, and surviving creatures or other players along the way. Discovering other players is somewhat unlikely however as the game consists of over 18 quintillion planets, all procedurally generated in this incredibly expansive universe. How a small team based in Guildford England have managed to produce a game of the scope is extraordinary.

What is important, however, is that they have. After countless delays the founder and face of No Man’s Sky’s development, Sean Murray, announced  a few days ago that the game had gone gold. It is complete. Following that announcement Murray responded to some questions fans had on Twitter, one of which was how big the game’s install size is. Murray revealed that No Man’s Sky is only 6GB on disc, with much of that being taken up by audio.

Given the game’s incredible scope, a 6GB install size is surprising. To put things into perspective The Witcher 3: Wild Hunt’s digital download size is 35GB, with Fallout 4’s install size clocking in at 28GB. Now by no means is No Man’s Sky close to the graphical fidelity of those two games, nor does it pack as many features, but the game’s scope is certainly larger. Its smaller install size can likely be attributed to its procedural nature.

So it looks as though we won’t need to clear as much space on our hard drives for No Man’s Sky. There is no word yet on what the exact size of the digital download will be, but one can assume it will be a similar figure. The game is so close now we can taste it.