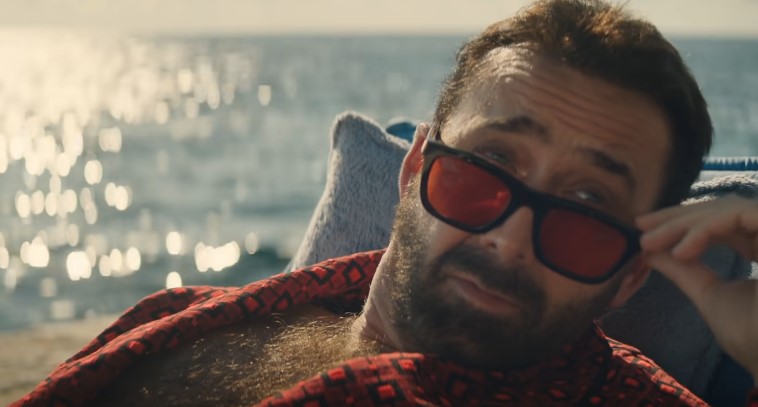 If Dan Harmon’s Community is to be believed, Nicolas Cage is one hell of a conundrum when it comes to Hollywood actors, a and now it looks like a movie is going to run with that premise. Now have the first trailer for The Unbearable Weight of Massive Talent starring Cage as himself.

A cash-strapped Nicolas Cage agrees to make a paid appearance at a billionaire super fan’s birthday party, but is really an informant for the CIA since the billionaire fan is a drug kingpin and gets cast in a Tarantino movie.

The plot sounds absolutely bonkers, but it’s going to be great to see Cage visit all of his past iconic roles. Though the internet kind of brands him as a crazy kook, there is still the appreciation for Cage’s dedication to the craft; no matter what people say about his performances.

Even if the story is fictional, it’s likely there will be some real-world references in the film. It has been said that the reason Cage had to take so many questionable roles is because he needed the money due to poor spending habits; and the plot of TUWOMT is  leaning in on that.

Besides Cage, it looks like the film is also full of other celebrity cameos, but it’s unclear who’s playing themselves and who’s playing a different character. We know that Tiffany Haddish and Pedro Pascal are playing characters in the film, but it looks like Neil Patrick Harris will be playing himself. I wonder who else they got in this movie.

Catch Cage in The Unbearable Weight of Massive Talent when it hits theaters on April 22, 2022.