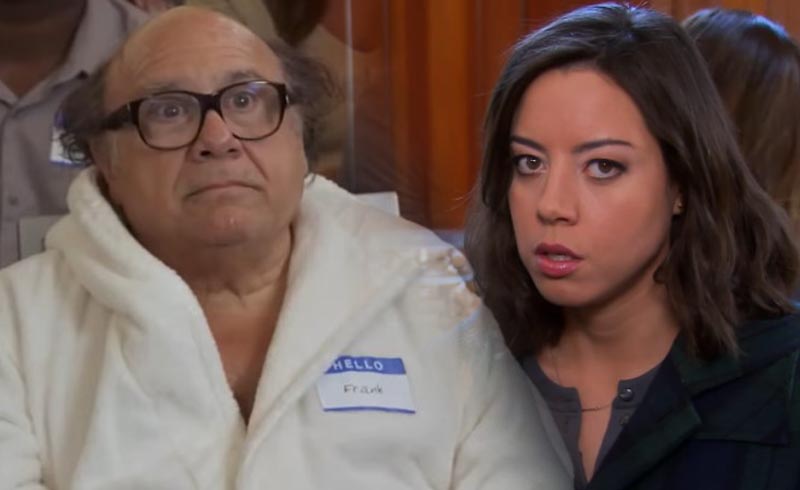 Danny DeVito (It’s Always Sunny in Philadelphia) and Aubrey Plaza (Parks and Recreation) star in two of the most highly praised sitcoms today, and now news has it that the duo are teaming up for an animated horror sitcom on FXX.

As per Variety, DeVito and Plaza will be providing their voices for a show called Little Demon. The series has a reluctant mother (Plaza) impregnated by the Devil (DeVito), and thirteen years later finds her antichrist daughter (Lucy DeVito) in a weird custody battle where the mother and daughter just try to live normal lives and are constantly thwarted by Satan and his minions.

The series is created by Darcy Fowler, Seth Kirschner, and Kieren Valla who will all serve as writers for Little Demon. What’s interesting is that Rick and Morty co-creator Dan Harmon is also attached to the series as an executive producer, alongside Plaza as well as the DeVitos Danny, Lucy, and Jake.

We don’t have any key visuals for the show yet, but knowing Plaza’s public image, it seems right in her alley to play the mother of the antichrist; and it this point, Danny DeVito can pretty much play anyone and people will love him whatever he does.

Though we don’t have a good look at Little Demon yet, I can imagine Harmon’s involvement is going to make this a show that’s silly on the surface, but still has something more meaningful and ‘real’ at the very heart of it. Until FXX gives us more, all we can really do is wait.

No release date has been set for FXX’s Little Demon.