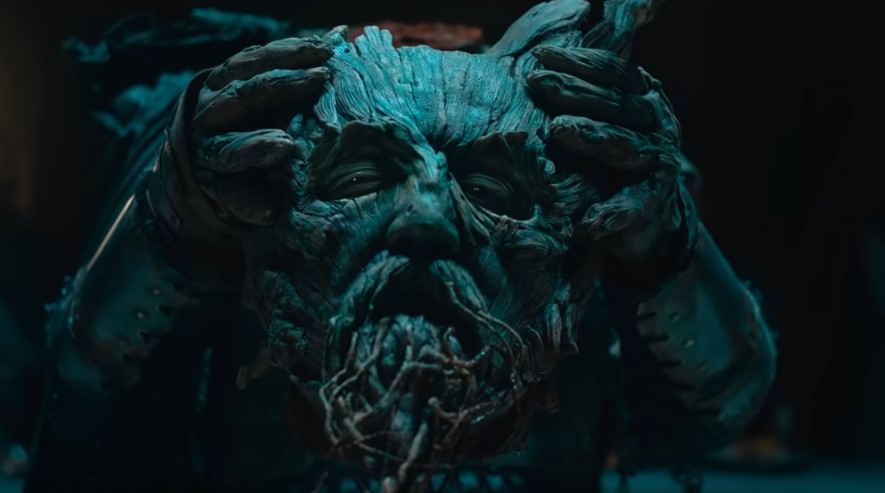 The Green Knight starring Dev Patel was originally set to come out last year, but the pandemic has opted A24 to delay the film to this May. Now the movie looks to have a solid release date, and we have a new trailer that’s even more bizarre than the first one.

Watch the trailer for The Green Knight down here:

An epic fantasy adventure based on the timeless Arthurian legend, “The Green Knight” tells the story of Sir Gawain (Dev Patel), King Arthur’s reckless and headstrong nephew, who embarks on a daring quest to confront the eponymous Green Knight, a gigantic emerald-skinned stranger and tester of men. Gawain contends with ghosts, giants, thieves, and schemers in what becomes a deeper journey to define his character and prove his worth in the eyes of his family and kingdom by facing the ultimate challenger.

While the first teaser was mum about the events that kick off the story, this preview shows the interaction between Gawain and the Green Knight. In the Arthurian legend, the Green Knight challenges King Arthur’s knights to play a game, allowing them one free blow, only to have it returned a year and a day later. Gawain successfully beheads the Knight, but the knight merely picks up his head and reminds Gawain about the agreed date.

The movie looks to explore Gawain’s journey as he accepts his fate in the hands of the Green Knight. While we didn’t get to see much of the other creatures in the first teaser, it looks like all the spectacle has been dropped here for new preview.

This was probably one of my most anticipated films of last year before the pandemic, and it’s great that the film is finally coming out. A24 does have a very specific brand of horror, and it would be interesting to see what director David Lowery will bring to the table with his adaptation.

Catch The Green Knight when it finally hits theaters on July 30.