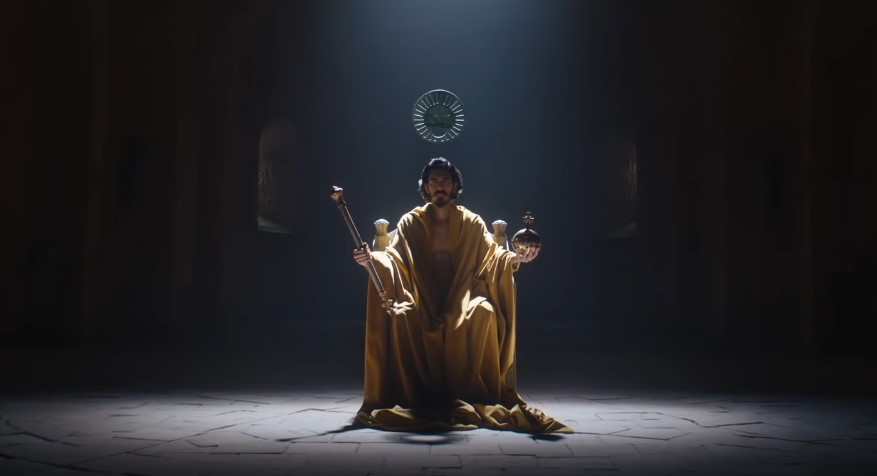 After Hereditary and Midsommar, it looks like A24 is going to give us another minimalist horror movie with a retelling of the Arthurian tale, Gawain and the Green Knight. The first trailer has just dropped for The Green Knight, and it stars Dev Patel as Ser Gawain.

Like I said, the movie has a lot of minimalist horror vibes, and you can feel the Ari Aster vibes with the crown just descending on Patel’s head then it suddenly bursting on fire. It’s worth noting though that the director of this film is David Lowery, who was worked on A Ghost Story and Disney’s Pete’s Dragon.

While no synopsis has been released for the movie, you can check out the full tale here. The story basically goes with King Arthur throwing a party when a mysterious green knight appears and challenges everyone to game: a person gets to strike him once, and the blow would be returned a year and a day after. Gawain, the youngest of Arthur’s knights, volunteers and cuts the green knight’s head off; but lo and behold, the knight simply picks his head up and tells Gawain to see him in a year.

The story gets a lot more complicated than that, but I guess this is the main premise. There’s also a lot of magic and mystery, top that off with some Midsommar horror, and we have another A24 hit on our hands.

Catch The Green Knight when it comes out this May 29.